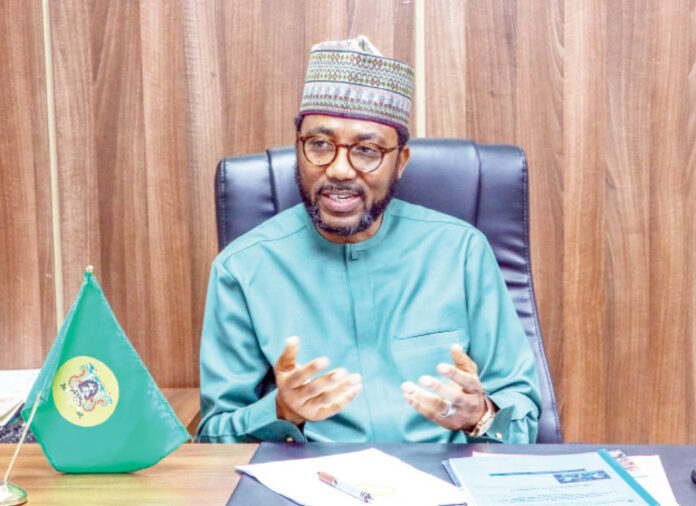 The Nigerian Ports Authority (NPA) has appealed to the contractors responsible for the ongoing repairs on the two major arteries into the ports in Lagos, the Apapa-Oshodi Expressway and the Leventis Bridge on the Apapa-Wharf Road, to hasten the repair works in order to ease movement of trucks in and out of the port.

It also appealed to the Lagos State Government to work with the Authority to clear up the traders that are occupying nearly half of the newly constructed roads in order to free up the port access roads.

Speaking on Wednesday, in Lagos after the tour of Apapa/Tin-Can/ Mile 2 access roads to the port, Mohammed Bello-Koko, the managing director of the NPA, called on Buildwell Construction and HITECH Construction, contractors in charge of works on the Leventis Bridge and Apapa-Oshodi Expressway respectively, to work 24/7 round-the-clock to see to the early completion of the roads.

According to him, the opening of the Leventis Bridge is critical because shutting it down to traffic has started affecting port operations.

He said the ports have started witnessing a longer waiting time for vessels, a longer dwell time of cargo at the port and the cost of transportation has also gone up because of the shutdown.

“With the closure of the Leventis Bridge, everything is almost at a standstill. This road is critical to the economy and the nation at large. We understand the importance of closing the bridge around Leventis for repair to avoid a collapse but it is seriously impacting port operation,” Bello-Koko said.

He said the situation was due to the fact that Western Avenue has been the major means of movement of cargo into both Tin-Can and Apapa Ports since 2021 when the Cele/Mile 2/ Sunrise end of the Apapa-Oshodi Expressway was closed to traffic for construction.

He, however, said that the NPA has been able to get the commitment of HITECH to deliver the first section of the road from Sunrise to Mile 2 in about 30 days, which would be by the end of October before continuing with the second section.

On the security concerns discouraging the contractors from working at night, he said the NPA has gotten the commitment of AIG Maritime and plans to also speak with other security agencies to provide security for the contractors to work at night.

On his part, Robert Turnor, a representative of HITECH Construction, said that issue of insecurity has been a challenge to workers and property on the site, thereby limiting work at night.

Adewale Adeyanju, President-General of the Maritime Workers Union of Nigeria (MWUN), who said that the road situation is impacting negatively on the health of both maritime workers and port users, said that many importers have moved their businesses to the ports in neighbouring countries.

He expressed sadness that a sizable portion of the Tin-Can Island Road has been turned into a marketplace where people are buying and selling, which is now creating serious security threats to lives and property.

He called on the government to declare a state of emergency on the roads leading to the ports because Nigeria is losing lots of revenue to the state of the road.