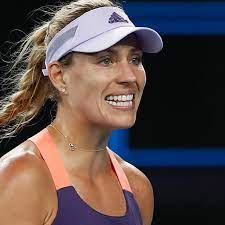 Germany’s Angelique Kerber is looking to return to competitive tennis as soon as possible after having a baby and plans to compete at the next Olympics 2024 in Paris.

“I’ll try to get fit again and return to the tour, but without rushing things. And then I’ll be wanting to go all out. If I do something, then I do it properly,” Kerber said on Tuesday.

The three-time grand slam winner and former world number one announced last month that she was pregnant and expected to give birth in spring.

She said her main goal in the planned return is to compete at the Olympics again in Paris 2024, having won silver at the 2016 Games in Rio de Janeiro.

“I’d really like to play there. I took part in the Games in London (2012) and Rio de Janeiro and it’s something special playing for one’s country at such a momentous event,” the German said.

“I’d love to have the feeling once again. There’s quite a bit of time until then. So, I’m not under any pressure.”

Speaking about current world number one Iga Swiatek, Kerber said: “I have to take my hat off to her for the way she has dealt with all the hubbub surrounding her. She’s after all still only 21.

“I know her well and I am eager to find out how much longer she will continue at the same high level.”