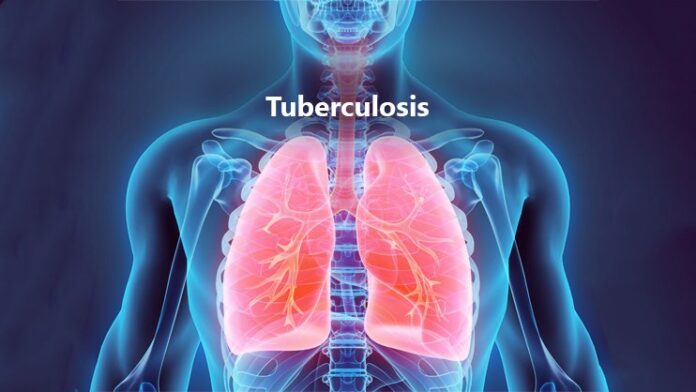 Some public physicians on Thursday suggested strategic measures to prevent spread and reduce the burden of tuberculosis (TB) in Nigeria.

They said the burden of TB was heightened by various factors.

Tuberculosis is caused by bacterium (Mycobacterium tuberculosis) that often affects the lungs.

It is spread from person to person through the air. When people with TB cough, sneeze or spit, they propel the TB germs into the air. A person needs to inhale only a few of these germs to become infected.

Statistics from the World Health Organisation show that Nigeria ranks first in Africa and sixth among 30 countries globally with the highest burden of the disease.

Nigeria also ranks first in Africa with the number of undetected cases.

A public health physician, Dr Chidiebere Thaddeus, blamed the high incidence of tuberculosis, which was common among rural and city slum dwellers in Nigeria, on the current economic hardship in the country.

Thaddeus identified malnutrition as a factor that had reduced TB patient’s chances of surviving treatment.

According to him, the economic hardship and inflation in the country made it difficult for a lot of people to afford a balanced diet or feed adequately.

He said that unhealthy living environments and open defecation were practices still common in Nigeria, that greatly contributed to the burden of tuberculosis.

“This implied that a lot of people in the country still randomly urinate and defecate without minding the health implications of such acts.

“Unhealthy environment due to pollution and open defecation/urination increases the chances of contracting diseases like TB.”

He advised that every act that could result in environmental pollution and an unhealthy environment should be discouraged as part of an effort to curb the burden of TB.

Also, a Medical Laboratory Scientist, Mr Olumide Fadipe, expressed worry over the position of Nigeria as the sixth and first in rank among countries with high TB cases in the world and Africa respectively.

According to him, there is a need to focus more on TB screening and treatment as more Nigerians have less access to good meals which can boost their immunity against the infection.

“Nigeria remains one of the 30 countries globally with the highest burden of the disease. Nigeria also ranks first in Africa in the number of undetected cases.

“Since we are dealing with a highly infectious but treatable disease, we have to focus on detecting these cases and then caring for the affected ones to prevent the spread.

“Detection of new cases and placing them on care should be the major focus point,” he said.

A general physician, Dr Ayodele Ademola, also advised that people should devise other means of exchanging pleasantries and appreciation, rather than hugging.

“TB can easily be transmitted through close contact with an infected person. Maintaining social distancing is key in preventing its spread. You can show love or appreciation without embracing.

“Another core challenge is patients who break their treatment plan and stop taking their drugs, which gives room for multi-drug resistant tuberculosis. This makes the bacteria become resistant to treatment and drugs become ineffective,” he said.

Ademola emphasised the need for more advocacy on tuberculosis particularly at the grassroot to educate the masses about the disease.

“Tuberculosis is one of the most violent infectious diseases; it still needs to be tackled, and a major way to curtail it is through advocacy.

“Therefore, communities need to know how the disease spreads and how it can be prevented and controlled.

“This is important now because the economic situation denies people good food, which has brought malnutrition and has made the antibodies of tuberculosis patients almost impotent,” he said.