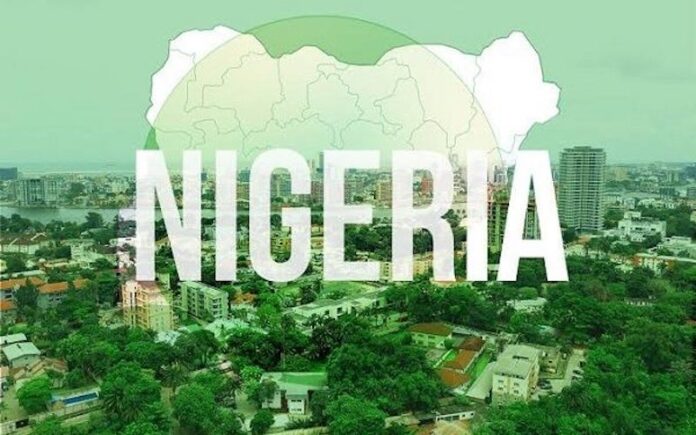 Narratives of indiscriminate mismanagement of public funds have been one characteristic of governance in the space of Nigeria’s public sector, which over the years has put on a garment of gross inordinateness. The deficiencies have clustered as sediments to form part of the system.

Recently, cases of unremitted funds on the part of revenue generating agencies have been exposed, as attention began to gather around the disclosure of depths of financial recklessness tracked by audit reports on the activities of Ministeries, Departments and Agencies (MDAs), particularly those of the Federal Government. Profligate and inordinate spending without the sense restrain have been known to be a character of MDAs in the Country. The prevailing culture of wastage on unjustifiable expenditures has over the years accumulated to leave  the Country with debilitated fabrics as socio-economic realities now pose reflections of fatigue with troubles of destabilising forces.

The deficient disposition of ridiculously wild culture of profligacy and mismanagement in Nigeria’s public sector has elaborately clustered to portray nothing but bad governance system, under the shade of which growth and development have become facades.

Now that the troubles of dwindling revenue challenge is frowning against the Country, particularly as sustainability of the running cost of government becomes shaky, it has dawned on the Country that only a change of behaviour would salvage the Country from the ebb it is set for, headlong.

Strengthening the institutional system of Nigeria’s public sector is pertinent to expunge and sanitise it from the grip of deficiencies which have made the space an open ground for gross mismanagement and its strings of unjustifiable and inordinate spending.

As cases recently have reflected the depth of wild mismanagement and corrupt incidence of non remittance of public funds, amidst shrinking revenue dearth, it has become necessary that the fight to expunge the system from these pestilence must be taken with firm pragmatic approach.

Recently, the Office of the Auditor-General for the Federation, in its report presented to the National Assembly, alleged various financial infractions by Nigeria’s Foreign Missions between 2010 and 2019. The infractions revealed failure to remit Internally Generated Revenue as well as gross impunity of  financial recklessness. It is disgusting such corruption is taking place while cries of paucity of funds by the embassies and high commissions have kept on reverberating.

The Auditor-General in the report decried that efforts to audit the accounts of some of the Missions were frustrated by officials who acted on a directive by the Permanent Secretary of Ministry of Foreign Affairs. The Auditor-General, in the over 450-page document containing a list of audit queries against the missions, raised alarm over their habit of spending with impunity outside their budgets and that without the approval of the National Assembly.

According to the report, while the landed property of the Nigerian Embassy in Brasilia were in a dilapidated condition without any effort to renovate them, the embassy had been spending $50,247.89 annually on rent for two of its officials, noting that amount spent on rent for three years could have been used to renovate the buildings and cut cost. The report also revealed that the embassy exchanged six old vehicles, whose prices were not made available, for two new ones purchased at a total cost of $95,211, while an additional $17,642.08 was spent on shipment, insurance and clearing of the new vehicles, even when there was no budgetary provision for the acquisition.

Another query alleged that in 2010, the then Nigerian Ambassador to Poland claimed over N9.777million annually for non-existing domestic staff. According to the report, even though the ambassador’s letter of deployment noted engagement of a cook/steward, a maid and gardener who should be engaged locally and enrolled on the payroll of the mission, they were never employed.

Another query alleged that in 2011, the Nigerian Ambassador to France spent over N1.75m on entertainment of guests without any record of the guests, haircuts, manicure, hair colouring and cost of ticket to Nigeria for consultation without any evidence of any official invitation/approval for the journey.  The Auditor-General described these as “very private expenses that should not have been borne by public funds.”

The report further revealed that officials of the Nigeria Embassy in Paris were printing official receipts booklets for the collection of government revenue privately, contrary to Financial Regulations which stipulated that “under no circumstances shall temporary or privately printed receipts be utilised for the collection of government revenue.” According to the office, the practice encouraged fraudulent activities, making it difficult to track the receipts issued out and thus difficult to determine the actual revenue generated.

It was revealed in another query that at the Embassy of Nigeria, Washington D.C., USA, properties owned by the Federal Government of Nigeria were sold and the proceeds of the sales used to open a ‘Property Account.’ A scrutiny of the bank statements of the main account revealed that several transfers of funds amounting to USD17,477,677.54 (N2,619,949,997.79) were made at different times between 28th August, 2009 and 26th April, 2012, from the ‘Property Account’ to the main account. Despite these huge transfers, the main account had only a meagre balance of the sum of USD769.49 (N115,348.58) as at 16th May, 2012.

The ugly narratives have placed demands on the House of Representatives’ Committee on Public Accounts to commence investigation of extra-budgetary spending by the Foreign Missions and their refusal to remit Internally Generated Revenue. Such indiscriminate act of financial recklessness with grooves of impunity is a blight on the system of governance in the Country. The need to inquire into the corrupt incidence is pertinent with thorough investigations to bring the wrong to justice.

Importantly, it has become pertinent for the National Assembly to work concertedly with the relevant executive bodies, including the Presidency, to develop framework of accountability mechanisms that would firmly foreclose the reign of such impunity of gross mismanagement within the framework of Nigeria’s Foreign Missions. More elaborately, such drive should be extended beyond the shore of the Foreign Missions to the entire working orientation of Nigeria’s public sector system. This is pertinent to sanitise the system from the prevailing flu of financial recklessness and the blight of inordinate character of mismanagement.