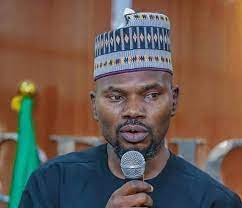 Let me state from the outset that this is not a media trial of the case before the Osun Election Petitions Tribunal. Far from it. This is just an attempt to “synchronise” what I said recently with respect to the outcome of the July 16 election with the revelations from The Youth Initiative for Advocacy, Growth and Advancement, YIAGA.

YIAGA Africa is a civil society organisation, a major stakeholder in our electoral process. Like most Civil Society Organisations, CSOs, they were also in Osun to observe and monitor the election.

I said recently that my Principal, Governor Adegboyega Oyetola, did not lose the election but only lost the vote count. But a lot of people were wondering what point I was trying to make.

However, last Thursday’s revelations by YIAGA, where it submitted among other things, as reproduced below, is a vindication of my position:

It was at the event that the Chairman of the Independent National Electoral Commission, (INEC), Professor Mahmood Yakubu, revealed the alleged attempts by some hackers to hack into the INEC’s results viewing portal.

At the same event, YIAGA seized the opportunity to present to the gathering its findings on e-transmission of election results on the electronic transmission of results in the 2022 Osun and Ekiti governorship elections. But because I am discussing Osun here, I will only focus on Osun.

The Executive Director of YIAGA, Samson Itodo, according to reports from the event, noted that its organisation curated an Election Results Analysis Dashboard (ERAD) as an independent audit and integrity test assessment tool for the results management of INEC.

Mr. Itodo revealed that some “issues” in the Osun election affected the processing of results on the ERAD platform which, he noted, was targeted at providing credible information.

In the Osun election, he continued, eighty-seven (87) results were not processed on the ERAD, due to some issues.

“Based on ERAD findings, INEC presiding officers uploaded forms or documents other than Form EC8A as prescribed in the guidelines and manual for the election,” he added.

The YIAGA Executive Director further revealed that in Osun “Blurry images and poorly captured photographs of result sheets were uploaded on the IReV portal,” adding that “it was impracticable to decipher the number of votes scored by political parties on the uploaded forms. In some cases, the presiding officers uploaded truncated images of result sheets. In other words, the images omitted segments of the result sheets.”

Hear him further: “From the result sheets downloaded on the IReV, important delimitation data such as number of registered voters and accredited voters for polling units was either omitted or wrongly inputted on the Form EC8A.

“Contrary to the provisions of the electoral act 2022 and INEC guidelines and regulations, some polling unit level results (Form EC8A) uploaded on the IReV were not stamped or signed by the presiding officer.

“Based on results entered on the ERAD database, there was a variation in the total number of rejected ballots, and the figures announced by INEC at the final collation.”

YIAGA boss went further to submit that the ERAD’s findings exposed inconsistencies in the data on the Permanent Voter Card (PVC) collection, insisting that it was noticed across 12 Local Government Areas in Osun.

As a political reporter who has covered elections in our clime, I was surprised that the revelations from YIAGA were not critically analysed by the stakeholders at the event. Or maybe it was but it did not get media attention. Regardless, as someone who had attended INEC’s chairman engagements with the media in the past, such revelations would not pass without the INEC boss making a comment even if it is in passing.

But if indeed, he did, I am yet to read it anywhere as at this morning when I penned down my thoughts on the event. Our case before the Tribunal is simple.

For the purpose of Osun election, INEC had prescribed the BVAS (Bimodal Voters Accreditation System) as the only credible means of accreditation. But from the report we got from the field, in many of the polling units, BVAS was not used appropriately. It didn’t capture the number of accredited voters. But we did not rely mainly on the report we got from our poling agents . We also demanded by law for a CTC of the report of BVAS from INEC, and we got it.

The CTC of the report of BVAS across 10 Local Governments in 749 polling units showed that accreditation through BVAS was less than the number of votes cast in those units.

By implication, there were more voters than accredited by the BVAS. Let me give a few examples to drive home my point.

In Ede-North ward 5, Alusekere Unit 004, Owode Primary School, where the governor-elect comes from, the total votes cast for that unit was 1,267 but BVAS recorded only 858 as accredited voters.

Again, in Ward 5 unit 14, 206 number of votes were recorded for parties against 118 accredited through BVAS. In Unit 15 of the same ward 5 Alusekere, 177 votes were recorded in Form EC8A while the BVAS report says 108 voters were accredited. So, consistently, there were more voters than BVAS accredited, and those are our issues with the Election Results as declared by INEC. (See attached pictures).

Make no mistake, our case is not in any way an attempt to impugn on the integrity of INEC. Far from it. It is to further help deepen our electoral system and to help INEC correct whatever anomalies arising from the Osun Governorship Election ahead of 2023 elections. Most of the reforms we have today were borne out of the decisions of the court. Our observations may as well be part of them.