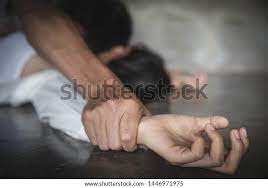 An Iyaganku Magistrates’ Court, Ibadan, on Thursday ordered remand of one Wasiu Toheeb, aged 20, for alleged rape of a 40-year-old woman.

Toheeb, whose residential address was not provided, is charged with rape, assault and theft.He, however, pleaded not guilty.

The Magistrate, Mrs. S. A. Adesina, did not take the plea of the defendant for want of jurisdiction.

She directed the police to take the case file to Oyo State director of public prosecutions for advice. Adesina adjourned the case until Nov. 24 for mention.

The prosecutor, Insp. Gbemisola Adedeji, told the court that the defendant raped his victim on Sept. 18 at 1:00 p.m at Omi-Adio, Ibadan.

Adedeji also alleged that the defendant, on the same date time and place, assaulted his victim by biting her all over the body, causing her grievous bodily harm.

According to the prosecutor, Toheeb also stole a pair of earrings worth N5,000 and cash of N7,500, from the victim.