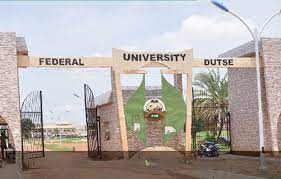 The World Academy of Science (TWAS) based in Italy and the African Academy of Science based in Nairobi, Kenya have given the Federal University Dutse a grant of N200 million  to carry out research on hydrogen (solar fuel) through splitting of water as an alternative to fossil fuel (petroleum) in Nigeria.

He said he was motivated to carry out the research into this new area because of Nigeria’s over dependence on fossil fuel (petroleum) even though there is abundance of solar light and water in country adding that this research is an extension of his Ph.D work in India which the Indian government are now exploring at the commercial level.

The lead researcher said the world is now moving towards hydrogen energy due to its high combustion, zero emissions and it  has the  highest energy content (~150 kJ/Kg) compared to others such as petroleum, diesel etc, adding that it is the  cheapest source of energy because it requires only water, solar light and suitable photocatalyst.

He said Nigeria will be the first country in Africa that will explore hydrogen energy as alternative source of energy and FUD will be the pioneer Cenntre of Hydrogen Energy in Sub-saharan Africa and Africa at large.

According to him, the TWAS research is for a two-year period while that of AAS is for a period of four years adding that part of the grant is to establah a research lab at FUD which they are working on.

The Vice-Chancellor, Prof.Abdulkareem Sabo Mohammad congratulated Dr. Hafeez and his team for their pioneering research on hydrogen energy in the country adding FUD is proud of them.

The VC said the university is ready to support its staff at all time to engage in research that will benefit the host community and the country at large.