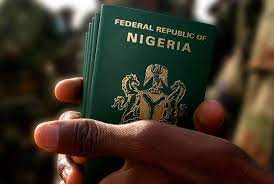 The Nigerian Immigration Service (NIS) has implemented appointment-based entry into passport offices across the country.

The policy was announced on Wednesday at a workshop for officers and men of the Provost and Servicom Units of NIS Zone A Lagos.

The seminar was organized by officer in-charge of the zone, Assistant Comptroller-General of Immigration Olakunle Osisanya.

In his remarks, the Comptroller General, Idris Jere warned officers to stop extortion and sharp practises in the processing of passports.

The NIS chief was represented Modupe Anyalichi, Deputy Comptroller-General in charge of passport and other travel documents.

Jere directed personnel working in passport offices to maintain a high level of discipline and professionalism in their conduct.

The CG explained that the objective of the workshop was to stress the need to respect the appointment system.

“Henceforth, entrance into the passport offices would be based strictly on applicant’s ability to provide evidence of appointment and collection dates”, he announced.

Jere said the integrity of the appointment system would be monitored and that any officer caught extorting would face discipline.

Jere further advised applicants for passports to apply ahead of time to by logging into the NIS portal.

“Applicants should fill the application form, make payment, choose a date, processing centre and proceed to the centre on the chosen date with the required documents”, he said.