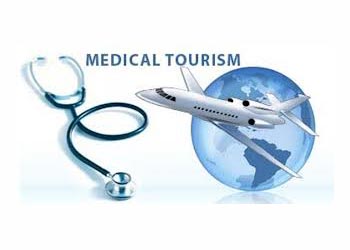 Concern on Nigeria’s health sector has remained central among the pressing matters demanding attention in the Country. Several subjects reflecting deficiencies in the sector have constituted matters of national discourse. From issues revolving around poor facilities, poor working conditions for health workers which have been sources of rancour instigating from time to time sporadic industrial actions, to the phenomenon of brain-drain, clogs of strains have continued to expose the inefficiency and debilitating status of the health system in the Country. The decay in the system has been a major ground why resort to medical tours is well pronounced among Nigerians, particularly, on the part of the privileged.

The culture has been even more paradoxical on the part of the political leaders of the Country, who have made the routine tour to foreign countries for medical treatment a culture. It has been a dissatisfaction on the part of Nigerians that rather than fixing the medical system in the Country to the height of virility, the leaders who have failed in their responsibilities over the years have turned to the culture of resorting to foreign trips for medical treatments. The phenomenon which has become so pronounced among top government functionaries is known to be at the expense of the Country, as such trips by public officers are mostly at the cost of public funds.

The resort of President Muhammadu Buhari to the United Kingdom for routine medical check up has been an attention drawer since 2016. The United Kingdom is known to be a medical haven for the President, with periodic visits to the Country, particularly the city of London. It would be recalled that report of an intended travel for medical check up late last month had sparked reactions. It would also be recalled that President Buhari had, on March 30, this year undertaken  the routine trip to the United Kingdom which lasted for about two weeks. Records of past trips of the President for Medical treatment had since attracted criticisms. Records as far back as 2016 include February 5th-10th, 2016; June 6th-19th, 2016; January 19, 2017. In February 5th, 2017, President Buhari had written the National Assembly, seeking extension of his London medical leave. On March 10, 2017, the President returned to Nigeria. On the 7th May, 2017, President Buhari had embarked on a trip to London for another medical vacation and returned after 104 days. On May 8th, 2018, there was another four-day trip to London.

Just as clouds began to gather over the most recent trip, the President’s Spokesman, Femi Adesina, has risen again in defence of his principal’s routine, arguing that his boss prefers to have his medical check-up in the United Kingdom because Nigeria’s doctors do not have his medical profile. Adesina who made the defence while responding to a question on why Buhari could not be treated in Nigeria during a programme on Channels Television, was quoted: “President Buhari has been with the same doctors and medical team for upward of 40 years.  It is advisable that he continues with that who knows his medical history and that is why he comes to London to see them. He has used the same medical team for over 40 years. Once you can afford it, then stay with the team that has your history.”

It would be recalled that a statement on Monday morning by the Special Adviser to the President on Media and Publicity, Chief Femi Adesina, had disclosed President Buhari will on Maonday travel to the United Kingdom to participate in the Global Education Summit on Financing Global Partnership for Education (GPE) 2021-2025 with a visit to his doctors after the summit for medical check-up. The statement which stated that President Buhari will hold a bilateral meeting with Prime Minister Boris Johnson,  contained that: “After the Summit, the President will spend a few days for an earlier scheduled medical check-up. He is due back by second week of August, 2021.”

Medical trips abroad have been an elaborate part of the tours of Nigerian elites to foreign lands. The phenomenon is one subject which is known to be profound among the privileged unless for exceptional cases where the less-privileged have to be flown abroad on critical conditions. While the less-privileged would only afford such opportunity most likely on special intervention of help for critical conditions, the tour of the privileged for routine medical check-up is a signal depicting what the health sector in the Country is. Although the COVID-19 pandemic brought some alterations to the frequency of such trips, particularly during the lockdown which occasioned restrictions on international travels, the easing of the lockdown permitting international travels has however again begun to record the trend of medical tourism abroad on the part of Nigerians.

Recent travel of President Buhari to the United Kingdom to seek medical attention has continued to generate outcries. Recently was a staging of a protest in London demanding the President back home to make use of Nigerian Medical facilities. This was borne out of the paradox that surrounds the state of the Country’s health sector. It is arguable that the fact the President cannot repose any confidence in the Nigerian health system for routine medical checkup means the Nigerian masses are exposed to hazards under the wobbling state of health architectures in the Country.

Against a position of the President which sometimes ago frowned at foreign medical tours, it is quite unfortunate that the President has been a patron of such tours of seeking medical attention. The paradox of the wobbling profile of the health system in Nigeria, despite the standard expected of the Country, has continued to raise concern among Nigerians domestically and abroad. It is quite considered an embarrassment that the custodians of the political architecture of State powers do not have confidence even in the system they have made available for Nigerians for health management.

The concern over the infantile and antiquated state of the health system against the demands of present realities, has flashed the light for concerned stakeholders to begin questioning the expenditure of funds allocated for projects in the sector. However, while several soft spots of discrepancies have been identified, some alleged cases of perceived high profile mismanagement of funds, whose explanation have remained oblique, have led to suits instituted against the Federal Government in recent times.

It is no gainsaying that the health system in the Country is headed for the precipice rather than showing hope of development prospects. It is therefore observable that the sector is conceivably driving towards depreciation than appreciation. The clusters of several defecting phenomena troubling the sector are subjects of immense concerns. The profile of health facilities within the public health architecture which houses the greater labour in the sector, are compounds of unsavoury tales which the practitioners have continued to express concern against. The poor attention displayed to such subjects as the prevailing archaic infrastructures, medical equipment, poor working conditions, allowances and the likes, have made the phenomenon of brain-drain to emphatically assume a troubling profile, as more medical doctors continue to flee the Country for greener pastures.

The loss of confidence in the sector,  even by custodians of the State power architecture to patronise same for their health treatment, is a show of jeopardy. The overburdened system of health in the Country has continued to manifest the symptoms of strains. It is paramount for the Government to turn a new posture of relevance to addressing the woes of the health sector. The prevailing posture of the custodians of State powers reflects an absence of political will; borne out of apparent insensitivity to the popular plight of the unprivileged masses who are left with no choice than grappling with the inefficiency of the comatose health system of the Country, while they resort to options of routine medical tours at the expense of public funds. The call to redirect efforts which give expression to the demands of the factual political will needed to drive the impetus to revolutionise the Country’s health sector is thus a pressing necessity. The necessity to take a turn in the orientation towards positioning the health system in the Country is sine qua non to socio-economic well being of the Country. Hence, against reposing on medical tours, looking towards building a responsive health system in Nigeria is imperative.

Banditry: Their anti-education campaign and a need for government reprisal