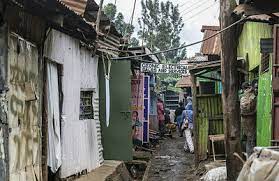 Linking the huge deficits of basic amenities in Nigeria to a number of  deficient reflections and disturbances  heating up the Country, has remained an argument which has been justified by connecting strings appearing to be very relative in perception. The deficits in pressing basic social amenities, health services and even education have been linked to be factors of a number of menaces posing threats against peaceful cohabitation in the Country.

It is incostestible that the profile of deprivation of basic human amenities have made life very dehumanising to several Nigerians at the local levels. The records of communities wallowing in want of potable water, lack of access to good roads, poor or no electricity supply, among others, are dinner of sour herbs. The sensation of such narratives are deeply saddening, given the fact that they are unbecoming conditions the Country should have outgrown.  The deep seated profile of these conditions have continued to brew disturbing storms which have been noted to pose threats which have heated up the polity, recently.

The deep seated profile of the deficits in education with millions of out of school children wandering in streets of several communities across the Country is one mind-boggling subject which studies have shown to be factoring several disturbances ravaging the social fabrics of the Country. The impacts appear to transcend effects on social architectures, but extending with potent bearings of disturbances to the political, economic, cultural, and virtually all configurations of the societal fabrics. In fact, the deficits in education have been noted to have complemented the deficits in basic amenities as propellants of the worsening insecurity menaces in the Country. It has been noted how uneducated persons and those living under inhumane conditions, deprived of basic amenities and needs, are cheaply lured into criminal tendencies. Recruitment of such deprived persons into banditry and terrorism have been observed to have become so deep seated recently.

Borno State Governor, Babagana Zulum, in his position at the 2nd Intelligence and Security Summit, organised by Umaru Shinkafi Legacy Foundation,  in Abuja on Wednesday, identified poor access to education, healthcare services, basic amenities and food as tools for insecurity. According to him,  “access to healthcare, access to food, and access to quality education is key to ending terrorist activities.” Zulum who noted that the wide gap between the rich and the poor was a major contributory factor to the heightened insecurity the nation is grappling with, averred that “food insecurity is the worst form of insecurity.”

It is important that the Government at all levels turn to the need of strengthening attention to enhancing the provisions of social welfare packages for Nigerians, particularly those at disadvantaged rural communities. It is observable that the orientation of the Nigerian Government to citizens’ welfare is still very at a poor level which is irrational with the realities of the demands of the societal configuration of the Country. It is known that poor and unlively disposition of the Government to the citizens’ welfare, particularly the less privileged, has created an apparent disconnect between the later and the former. The disconnect has grown to continually unbound the populace from the Government with a loss of the cords of loyalty; thus killing the sensations of nationalism and patriotism.

It would be observed that the sensations of loyalty to the Country has diminished to the extent that calls for secession has begun to wax deep recently. The need for the Government from the Federal to other lower tiers to retrace the steps towards awakening the sensitivity to become socially responsibie to the welfare and pressing needs of Nigerians is sacrosanct to foreclose the rousing tensions of disconnect from constituted authorities. This significance of such demands appear to be of necessity, and thus of priority to secure the bond of nationalism and awaken the diminishing patriotism among the populace.