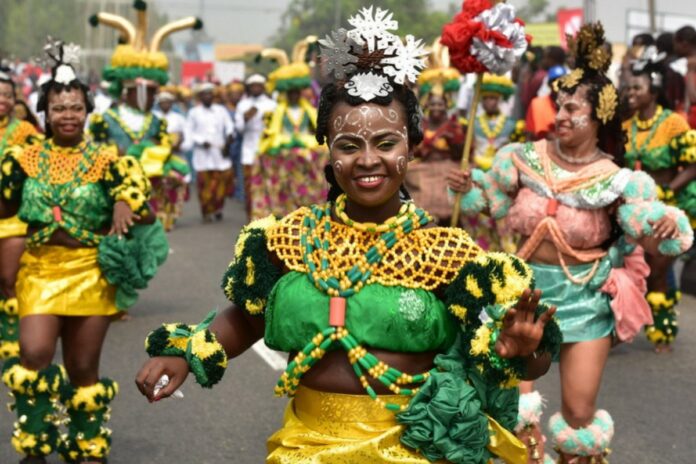 The sensations of vibes which used to colour festivities in Nigeria appear to be seemingly eroding away. Social  emotions on the subject appear to have been clouded with unsavoury conditions, creating sensations of nostalgia of years of abundance where people observed festivities in plenty provisions of all sorts of feastings and material provisions including adornment in clothings, giftings, among other social and communal exchanges. Tourist adventures to parks around the Country have always been known to be among the agendum on the lists of eventful explorations. The vibes of these cultural intrigues is no doubt suffering degradation. The reason is not however a subject of diminishing interest of the people, but rather a result of circumstantial limitations largely imposed by economic downturn.

Explanations of diminishing vibes of the usual echoes which used to colour festivities in the Country, would not be far fetched from depression of economic shortfalls which have reduced many to unduly unpalatable circumstances where they are prevented from celebrating the way they would have loved to. It is evident that making ends meet in recent times has become so tough that many are beginning to strive to survive. The rising rate of inflation has only brought harsh conditions where the erosion of the value of Naira has crushed the purchasing power of common Nigerians.

More disturbing has been the steep in the prices of food items. The steep has been upsurging in heightening dimensions which is gradually moving towards breaking the elasticity of bearable limits for the common Nigerian. The scarcity of food items has continued to pose lamentable outcomes making situations tougher for many who already have been striving with bad conditions. It is no doubt that the resultant consequences of the conditions factor the collision of threats ravaging the societal fabrics of the Country. The social, political, cultural and virtually all configurations of the working societal architectures have suffered directly and indirectly from the harsh conditions. The strains have continued to resound the lamentations of the paradoxical dirge of how suffering is so entrenched in the land amidst abundance of resources and potentials.

It is incontestable to state that strategic navigation of efforts to pull the Country out of mire, demands well calculated efforts of optimising all possible advantages to achieve articulated objectives redeem the Country from its  prevailing socio-economic woes. It is no doubt that the mire of economic mess the Country is presently wallowing in, has become so deep seated that efforts towards redeeming the Country from same, is such that demand overarching configurations of patterns of goals embodying series of approaches with well calculated strategies, crafted under layers of pragmatic moves demanding the deployment of profound political economy instruments.

One strategic approach demanding attention as part of efforts towards resuscitating the ailing economy is the resort to Public Private Partnership (PPP). The possibilities that lie in entrenching PPP arrangements in the Country is paramount to giving breath to dying sectors which hold huge economic potentials in the Country. It is known that the consuming character of the Nigerian economy has brought the economy to its knees most recently with acute blows. It is paramount for the Government, particularly the Federal, to wake up to the reality of driving industrialisation in the Country through profound and well-articulated PPP arrangements, with clearly defined terms of agreement which in the long run would amount to mutual benefits to the Country’s economy and the joining partner. In this light, striking PPP agreements with visionary international firms with potentials of driving industrialisation in the Country with the benefit of transfer of intellectual capacity to Nigerians to carry on expansion of robust technologies for economic virility, is one profound strategy the Nigerian government needs to turn attention to.

One State in the Federation which has been giving thought to the benefits of optimising PPP strategy recently is Lagos.  As a locus classicus, the State Government and her German partner, GIZ firm had sealed arrangements for an intervention targeted at scaling up the skill development capacity of youths in the State. The partnership was unveiled at a recent event tagged ‘Lagos4Jobs: Public-Private Dialogue on Labour Market in Lagos State,’ organised by the State’s Ministry of Economic Planning and Budget in collaboration with Lagos State Employment Trust Fund (LSETF) and the German Cooperation GIZ. The drive seeks to address the high rate of youth unemployment in Lagos; bridge the gap between job availability and employability in the Labour market; design and create a Labour market database for multiple stakeholders; as well as increasing more youth participation in technical and vocational education.

The State’s Commissioner for Economic Planning and Budget, Mr Sam Egube, had mentioned in his remarks on the move that: “To drive initiatives around job creation, it is critical to developing a system that provides accurate and reliable data on the current job status of residents of Lagos state. A platform where multiple stakeholders can collaboratively synergize their information, expertise, and activities towards achieving the common goal – job creation and employment. A Labour Market Information System (LMIS) will aggregate data of Lagos residents by utilizing unique identification numbers like LASRRA number, Tax ID to track job status of residents with a view to developing initiatives that drive and continue to sustain employment and job creation.”

The Teamlead, GIZ, Skill Development for Youth Employment, SYKE, project, in Lagos, Tobias Wolfgarten, while  expounding the framework of the partnership had said: “We would like to develop and implement, enforcing policies for sustainable advancement in the relevant areas; which is the creation of jobs, special creation of decent jobs. Also sharing of skills, knowledge and expertise on different aspects of skills development and sustainable growth for decent employment. Then, the determination of key responsibilities between various stakeholders and facilitation of human execution of the capacity building. The structure will be on two levels, we will have a plenum of all relevant stakeholders of the private and public sector in Lagos State and some of the federal agencies that are based in Lagos that can make a contribution in the field of sustainable employment. This plenum of stakeholders will meet several times a year where we can discuss in technical working groups, where we can discuss some topics like TVETs and employment promotion, digital transformation, migration, re-integration and business enabling environment.”

Nigerians deserve to live under appealing conditions. The prevailing situation of hardship is grossly inhumane. The necessity for concerted efforts to be directed strategically by exploring such plausible instruments of political economy remain germane. It is largely arguable that the Country has far been insensitive to the advantages of exploiting strategies of political economy domestically and at the international frontiers to her benefits. The Government seats at the position to drive the civilisation towards this goal. As the Government makes moves towards crafting architectures to establish the patterns for such robust business environment of substantial partnership agreements, it is evident that coordinated responses from citizens of the Country will surface productively. Housing huge potentials of human capacity development, this will in the long run pull the Country out of the nauseating profile of being one of the world’s headquarters of poverty.