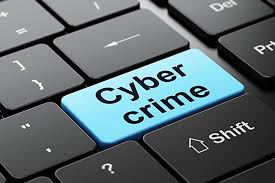 On Wednesday, a court in the Western District of Texas had sentenced a Canada-based Nigerian, Olumide Bankole Morakinyo, to eight years in prison for conspiracy and money laundering. By the Court verdict, he is also to refund a sum of $975,863 to the multiple victims of his escapades. According to the United States Attorney’s office, the 38-year-old Morakinyo conspired with one Lukman Aminu to create illegal accounts for participants on the online portal of the Texas Employees Retirement System. It was contained in the court’s document  that the duo had used bank deposit information in the system to re-route pension payments to accounts controlled by Aminu.  The U.S. District Judge Robert Pitman had also ordered that Morakinyo be placed on three years of supervised release after completing his prison term. Aminu, charged in a separate indictment, was sentenced on December 18, 2019, to 51 months in prison. U.S. Attorney, Ashley Hoff had said: “For a scheme that defrauded the Texas Employees Retirement System, Olumide Bankole Morakinyo, 38, a Nigerian national residing in Canada, was sentenced today to eight years in prison and repayment of $975,863 in restitution to multiple victims for conspiracy to commit money laundering. This Defendant’s scheme and those like it victimize our most vulnerable citizens and cost taxpayers billions each year. Our office will use all of the available legal tools to identify and bring to justice those who commit cyber-enabled fraud and launder the proceeds. According to court documents, Morakinyo conspired with Lukman Shina Aminu, a resident of New Hampshire, to create unauthorized accounts for participants in the Employees Retirement System of Texas (ERS) internet portal. Personally identifiable information (PII) of various ERS participants was used to make changes to their accounts in the ERS internet portal. Bank deposit information on file in the system was changed to re-route retirement payments to debit cards controlled by Aminu. Aminu, who possessed the physical debit cards, would withdraw money under instructions from Morakinyo and then transfer or deposit that money at Morakinyo’s direction.

“The debit cards were also used for cash withdrawals and to purchase money orders for personal expenses and for buying used vehicles to be shipped overseas to Nigeria and Benin for resale. With these international automobile transactions, Morakinyo and his conspirators laundered the fraud proceeds by concealing the source of the funds and making the money appear to be legitimate income.”

The IRS Criminal Investigation (IRS CI) Special Agent in Charge Richard Goss of the Houston Field Office, had commented that: “Today’s sentencing of Olumide Morakinyo highlights how seriously IRS Criminal Investigation (IRS CI) and our law enforcement partners take the issue of identity theft. We will continue to pursue those criminals who prey on innocent victims, stealing their identities to promote tax and other frauds. This sentencing should send a clear message to would-be criminals, that you will be caught and you will be punished.”

Meanwhile, as foreign Countries where Nigerians are running to as safe haven in search for greener pastures are intensifying efforts to track down the networks of cyber fraudsters, particularly those from Nigerian origin, it is pathetic that the Country at home is apparently so uncoordinated in the fight to stem the claws of the tentacles of the misadventure. The saddening tale is that security agencies which are meant to be at the vanguard of clamping down on the sharp practices have become abettors of cyber fraudsters. Operatives who are meant to hunt after these criminals have rather been observed to be doing same to their own selfish interests, using state force apparatus to squeeze out money from fraudsters. The turn to such nauseating disposition of bribery has been at the detriment of the Country, as it has only deepened the root of cyber-crime in the Country.

Reports of the allegations against Nigeria’s celebrated Deputy Commissioner of Police, DCP, Abba Kyari, by the U.S. District Court quoting Ray Abbas, A.K.A Hushpuppi, who confessed to bribing Kyari to arrest a co-fraudster in a whopping $1.1m deal, had attracted reactions questioning the sincerity of the custodians of State force apparatuses in combating crime in the Country. The US court documents had revealed that Abbas reportedly paid off Kyari to arrest a colleague of his whom he had a dispute with.

Kyari had on Thursday in a denial statement which many NigerIan’s found so ridiculous claimed that: “Abbas who we later came to know as Hushpuppi called our office about 2-years ago that somebody in Nigeria seriously threatened to kill his Family here in Nigeria and he sent the person’s phone number and pleaded we take action before the Person attacks his family. We traced and arrested the Suspect and after investigations we discovered there wasn’t an actual threat to anyone’s life And they are long time friends who have money issues between them hence we released the Suspect on bail to go and he was not taken to any jail. Nobody demanded for a kobo from Abbas Hushpuppi. Our focus was to save people’s lives that were purported to have been threatened.

“Later, he saw some of my Native Clothes and Caps on my social media page and he said he likes them and he was connected to the person selling the clothes and he sent about N300k directly to the person’s account. The Native Clothes and Caps (5 sets) were brought to our office and He sent somebody to Collect them in our office. Nobody demanded any money from Abbas Hushpuppi and nobody collected any money from him. We responded to a distress call he made on threat to his family and released the Suspect when we discovered there was no life threat from the Suspect. This is the true story. Vincent is alive, he can be contacted.

“For those who are celebrating that this is an indictment on us and mentioning some fictitious Big Money, they will be disappointed once again as our hands are clean and our record of service for 2 decades is open for everybody to see. They will continue seeing us serving our father land and we will continue responding to all distress calls from all Nigerians provided they are life threatening. For good Nigerians who appreciate our service, please don’t worry as our hands are clean and they should please not respond to those celebrating and creating many false narratives without any evidence. We are used to such types of people and false newsmakers and distributors.”

However, later update emerged on the allegation levelled against Abba Kyari before a district court in the United States of America revealing that Kyari allegedly sent third party account to Hushpuppi for payment. The US court document had revealed: “On January 20, 2020, defendant Kyari sent an electronic message to UICC Abbas containing the account information for a bank account at a Nigerian bank in the name of a person other than defendant KYARI himself, where UICC Abbas was direct payment for the arrest and imprisonment of defendant VINCENT.”

It would be recalled that the Nigerian suspected fraudster Kingpin, Ramon  Abbas, alias Hushpuppi, was  arrested last year June by Dubai Police and subsequently transfered to the FBI in the US. In his trials, he had recently pleaded guilty in the United States. The proceedings had narrated how he bribed Nigeria’s celebrated Deputy Commissioner of Police, Abba Kyari. According to the US Department of Justice, a criminal complaint initiated the prosecution of Hushpuppi in February with court documents revealing that Abbas, the 37-year-old Nigerian national, pleaded guilty on April 20. A version of Abbas’ plea agreement filed late Tuesday outlines his role in the school-finance scheme, as well as several other cyber and business email compromise schemes that cumulatively caused more than $24million in losses. Officials said in court filings that Abbas disclosed during interrogation that he paid bribes to Nigeria’s police chief, Kyari, to have one of his rivals arrested and jailed in Nigeria following a dispute over a $1.1million dupe of a Qatari businessperson.

It is doubtless that many Nigerians have been taken aback by the new revelations. The indictment of heads of law enforcement agencies who are meant to be arrowheads of clamping down on criminal networks, with involvement in connivance and/or involvement in soiling escapades, speaks volume against the Nigerian State. It would be recalled how celebrated former Acting Chairman of the Economic and Financial Crimes Commission  (EFCC), Ibrahim Magu, was also a figure of public stare over probe of corruption allegations. It is heart breaking when arrowheads of security operatives and law enforcement agencies, meant to check against crime, are cut in the web of infidel acts contrary to an impeccable profile they should maintain. It is pertinent that such officers are meant to maintain and sustain code of conducts and disposition far from any tendency capable of raising any suspicion about their position. Impeccable character should be the watch word of law enforcement agencies, particularly as it concerns their heads who should lay the precedents and legacies for lower ranking officers to follow. It is imperative for the custodians of political power in the Country to begin to pay more attention to the profile of integrity, sincerity, ingenuity, capacity and honesty in the choice of appointing heads of security and law enforcement agencies against leaning on political, sentimental, and prebendal considerations.