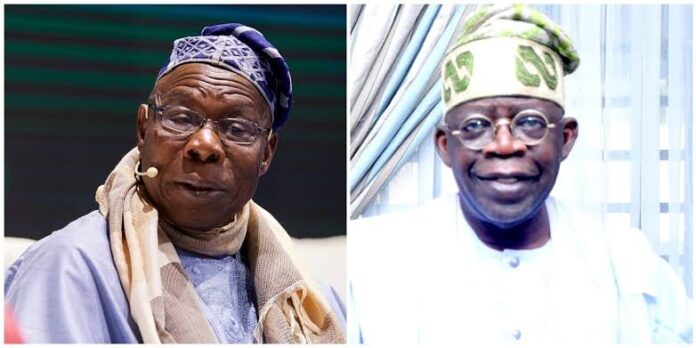 The national leader of All Progressive congress Bola Ahmed Tinubu in a closed door meeting with the former president of Nigeria, Chief Olusegun Obasanjo.

Tinubu came in with his entourage which included: Speaker of the House of Representatives, Hon. Femi Gbajabiamila, Nuhu Ribadu, Bisi Akande.