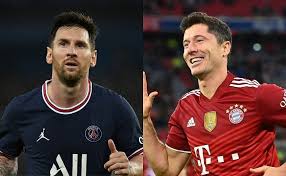 Messi, who won a seventh Ballon d’Or on Monday night, had urged France Football to award Lewandowski, who finished runner-up behind the Argentine this year, an award for last year.

It was reported  that the Ballon d’ Or was not handed out last year due to the COVID-19 pandemic.

“Robert, you deserve your Ballon d’Or. Last year, everyone was in agreement to say that you were the big winner of this award,” Messi had said after receiving his seventh Ballon d’ Or.

However, speaking on the development, France Football editor-in-chief Pascal Ferré, insisted that Lewandowski is open to the possibility.

“What Messi said was nice and clever. I think we do not have to make very quick decisions. We can think about it and at the same time we should respect the history of the Ballon d’Or, which is based on voting,” Ferré told Watson via Bulinews.