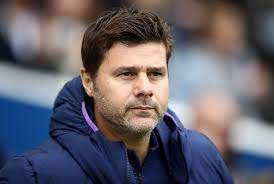 The Argentine also said that there is ‘no debate’ that his countryman ‘completely deserved’ to win the 2021 Ballon d’Or.

Messi came out top at Monday’s glitzy ceremony in Paris, winning the prize ahead of Bayern Munich striker Robert Lewandowski.

But there has been some backlash after his latest triumph given the former Barcelona ace only lifted the Copa del Rey with the Spanish side last season.

“Firstly, I want to publicly congratulate Leo and his family,” Pochettino told reporters at a press conference ahead of PSG’s clash with Nice.

“Winning the Ballon d’Or for the seventh time is an extraordinary achievement.

“I hope he takes advantage of it and that it’s the first day to work on getting the eighth.

“To have players with six and seven Ballon d’Or awards is something extraordinary and we are delighted to have him here every day.

“We hope at the end of the year to also have collective trophies beyond the individual trophies.”

Pochettino added: “Messi completely deserved it and there is no debate.

“Of course, in other countries, there may be criticism, but he completely deserved it.”