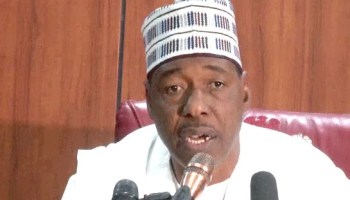 The Borno Governor, Prof. Babagana Zulum, has emerged ‘Best Governor of the Year’ in the 2022 Leadership Excellence Awards.

The Prestigious award, endorsed by the African Union, African Film Institute, would be presented on November 5, in Abuja.

Zulum, who was elected Governor in 2019 and was described as a revolutionary governor, who becomes one of Nigeria’s most accomplished leaders within a short period of time.

The prestigious awards recognise and honour the outstanding impacts of leaders across both the public and private sectors in Nigeria.

It promotes outstanding leaders and personalities whose impacts have been felt in Nigeria’s political, social and economic spheres.

The 2022 edition, the fourth edition would be graced by former Presidents Olusegun Obasanjo and Goodluck Jonathan, and key personalities in both the public and private sectors.