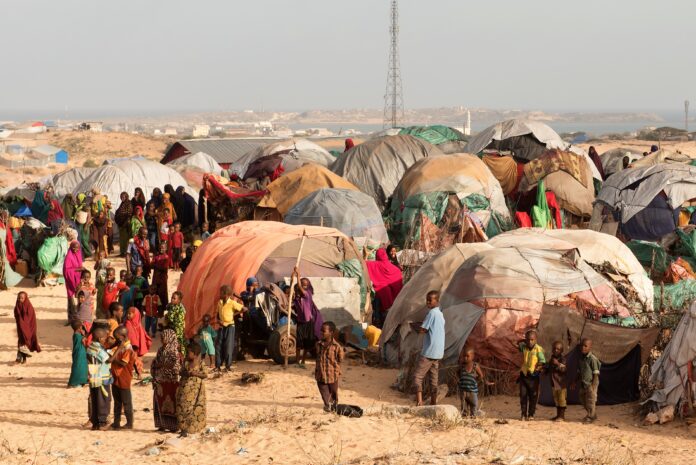 The Tiv Youth of Taraba State under the umbrella of Taraba Tiv Youth Progressive Mission (TTYPM), has expressed worry over the prolong silence of the Executive Governor of Taraba State, Arc Darius Dickson Ishaku over the plight of the Internally Displaced Persons of the Tiv extraction in Southern Part of the state.

The youths during a press conference in Jalingo, lamented that it was over three years now that their relative who where displaced in Southern part of the state are passing through all kinds of dehumanize conditions in different places they have been taking refuge without government intervention and care.

The spokesman of the group, Mr Kaduna Fanen who took time to narrate the ordeal of the Tiv people in the area, noted that a population of over ten thousand people had already been frustrated from registering in the just concluded PVC registration owing to the numerous challenges they are passing through and more the thirty thousand people are likely to be disenfranchised in the next election if the governor failed to take proactive steps towards returning the Internally Displaced Persons to their ancestral homes.

“The Governor had pledged in several fora to return the IDPs but since then, we are yet to see a practical action in respect to that for over three years now. Some of our elders and leaders who care for our future have done everything necessary to restore peace in our areas. They have met with traditional leaders in our areas and engaged them in peace talks on several occasions but the only thing they keep telling them is that it is only the governor that has the power to return our Displaced Persons to their ancestral homes.

“Ironically, the governor had in turn been silence about it for over three years now for reasons we are yet to ascertain. Our law makers too have completely forgotten about this pathetic situation or at least, are concerned but only for their kinsmen whom they have already resettled and gilded with Nigerian Security forces.

“How on earth will these kind of ugly act be sustained in this 21st Century? Unfortunately, No body is talking about it. Our parents are languishing in the dreaded jaws of poverty in different places as they watch our younger ones seat at home without any means of accessing schools. Funny enough, some of our leaders have failed to say the truth or come out bold to resist this form of injustice. They are rather playing politics with this serious issue looking for political positions despite the fact that some of them can not even access their homes and polling units.

“We want to use this opportunity to state here unequivocally without fear of favour that such Tiv leaders have already failed this time around. No matter the number of endorsements they have done for candidates in our name on the pages of newspapers, we will never submit to any of their directives untill we see justice done to our people in the Southern Part of the state.

“We want to once again, appealed to the Executive Governor of Taraba State to take proactive steps towards returning the Tiv Displaced Persons to their ancestral homes in the Southern Part of the state to enable them to fully exercise their franchise in the forthcoming elections. We equally call on the lawmakers representing the zone in various Houses whose mandate, also comprised of our votes to facilitate or provide relief materials to our people as they do to other tribes in the zone who are affected by one crisis or the other.

“We also want to inform all the candidates seeking for elective positions especially those in the Southern part of the state to join hands with us in the struggle for this justice if really they need our votes as usual. We will stand firm and mobilise our people to follow only those who feel we are also human beings and we desire to be treated as such,” the group revealed.

The association which further sympathized with their Kuteb neighbours who are now suffering similar fate in the same zone, condemned in strong terms, the wonton killing of innocent Kuteb people and their relatives especially the recent gruesome murder of the paramount ruler of Yukuben chiefdom, Chief Udeng Ibrahim Yamusa and His son and equally called on the government to take proactive steps to address the issue.