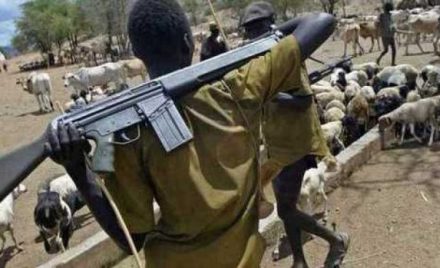 It was recalled that the village had witnessed several attacks by the suspected Fulani militias leading to the killing of about 10 people early November and the destruction of almost the entire village, including the house of a former ECOMOG commander, Major General Shekari Billyok (rtd).

A source from the village told Newsmen that the victim had just returned from the farm when the attackers killed him very close to the village.

According to the source, “We woke up this morning with bad news of suspected Fulani militias attacking one of us and killed him. The man was killed very close to the village and before any alarm could be made, the attackers ran away.

“The village had been under severe attacks of suspected Fulani militias, killing, burning houses and destroying our crops. The village has been totally destroyed by the attackers and we are left with virtually nothing to hold unto.”

When contacted, the State Police Public Relations Officer, ASP Mohammed Jalige told Newsmen that already, the DPO in charge of the area confirmed the incident and had also briefed the Commissioner of Police, while a team would investigate to unearth the perpetrators of the act.