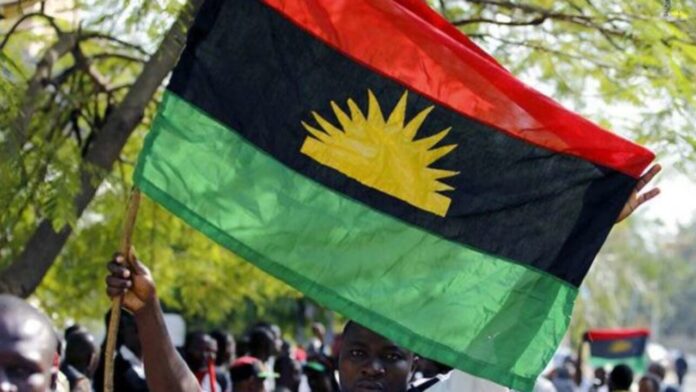 For the Nwafor family in Onueke in Ezza North Local Government of Ebonyi State, Christmas represents not just a celebration, but reunion for all the family members. This year, the members of the family are still contemplating if they will spend the festive season in Onueke.

All over the southeast, the sit-at-home order by the Indigenous People of Biafra (IPOB) has become effective and almost to the extent of becoming institutionalized. During the Anambra State election, the sit-at-order and fear of violence kept a lot of voters away from the poll. Only 10% of total registered voters participated in the election.

Despite the directive by IPOB that the sit-at-home order stays cancelled, the group admitted that some persons, purportedly working for the DSS are still enforcing the order.

While in the aftermath of the Anambra election, the insecurity in the southeast has reduced, however, the recent gruesome murder of two policemen, allegedly by Eastern Security Network (ESN) has also heightened the concerns of people.

Commercial bus operators have not been operating to and from the region in recent months, as reported cases of violent enforcement of the order by alleged men of ESN has deterred several persons from attempting to disregard the order.

Mr Nwafor, who is a businessman in Abuja said the concerns of the sit-at-home order is real for people coming from outside the region.

“Christmas is very significant for the people of Southeast. Most of us live outside the five states in the Southeast. Every year, we look forward to Christmas. But, when you are not sure of your security and that of your family, going home is hard

“Even though the adherence to the sit-at-home order is not so strong in my village, but what of the other states? Commercial drivers are not moving on Mondays. The impact on Christmas will be huge.”

Mr Chris Ezze, an indigene of Ntezi local government of Isielu local government, said the economic impact of the sit-at-home would be devastating for the people of southeast if people end up shunning going for Christmas.

Mr Ezze, a civil servant in Abuja said this while speaking with Newsmen. To him, for the Igbos, Christmas is not just a holiday or festival, but an integral part of life.

“I am not an economist, but I know that annually, people spend millions during Christmas. If they are scared of coming home, that would be lost. There are challenging security situations that have already made travelling to be challenging; you have kidnapping, bad roads, looming fuel scarcity and lack of money. If you now add the uncertainty of sit-at-home, then it is hard to see people coming home,” Mr Ezze said.

He added that, “even though IPOB has declared the order vacant, people are still not sure of what is the real situation of things.”

Anxiety over FG’s action in aftermath of police murder

It would be recalled that Lai Mohammed, the Minister of Information and Culture, had said the government would fish out the perpetrators of the ‘barbaric killing of Inspector Emmanuel Akubo (AP No. 222336) and Inspector Rufai Adamu (AP. No. 285009).

The possible response of the federal government to these latest killings is also creating apprehension among people from the Southeast.

The federal government had announced that subsidy on petroleum could be removed in 2022. Travellers are also concerned about this pending removal.

It would be recalled that in 2012, the Goodluck Jonathan government announced the subsidy removal on the 1st of January, 2012.

This action of the government left several travellers stranded in their communities as the scarcity caused transport hikes.

Mr Ezze said even though the 2012 subsidy event happened over 9 years ago, people who recalled vividly are still worried about possible removal of subsidy in January or February. People could be stranded.

All these factors, coupled with the new COVID-19 variant, the Omicron variant and possible response by the federal government, are some of the factors shadowing this year’s Christmas.

It would be recalled that Governor Ben Ayade of Cross Rivers State had announced the suspension of the annual Calabar Carnival.

Mr Ayade cited insecurity and the outbreak of the Omicron variant for the suspension.

Also, on Tuesday, the House of Representatives called on the federal government to put in place to curtail the spread of the new variants.

Some of these measures could also affect travelling or increase the cost of transportation.