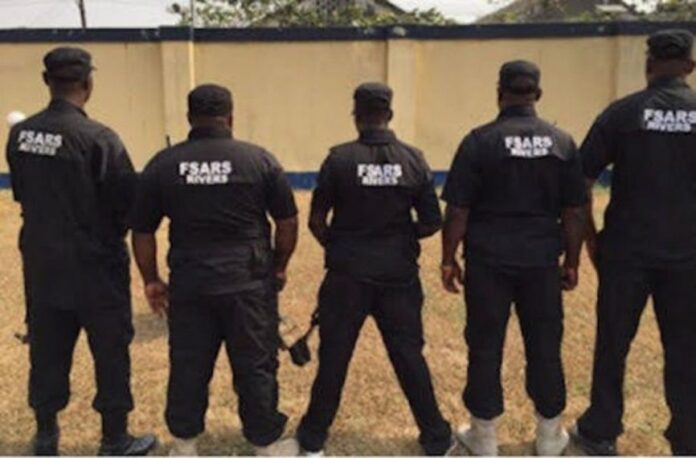 A 66-year old retired civil servant from  Nweol Community, in Gokana Local Government Area of Rivers State, Reginald Sunday has  narrated how operatives of the defunct SARS led by the DPO of Kpor Police Station, Omoku Cletus to burn down his while he was away, thereby rendering him and his entire family homeless. Sunday stated this Wednesday while giving evidence to the Judicial Commission of Inquiry Into Alleged Acts of Violence and Brutality Against Citizens by SARS Officers in Port Harcourt.

The witness who said he has written petitions to the CP, AIG and IGP to no avail, said he is demanding the sum of N200m from the police authorities as damages done to his properties, coupled with the destruction of all his personal documents,as well as his children certificates.

“As you see me here,I am homeless, sick and hungry. My house was destroyed and completely burnt down the police officers, led the DPO of Kpor Division, Mr Omoku Cletus and his Bori counterpart, Bako. I am therefore demanding the sum of N200m as compensation from the police,” Sunday said.

Under cross examination,Counsel to the CP, Mrs Nwaeke described the claim of witness as false and merely fabricated to extort money from the Police. She urged the Panel to dismiss the case for lack of evidence.

The chairman of the Commission, Rtd Justice Chukwunenye Uriri however slated the matter for conference, having admitted the petition and pictures tendered by the petitioner as exhibits.