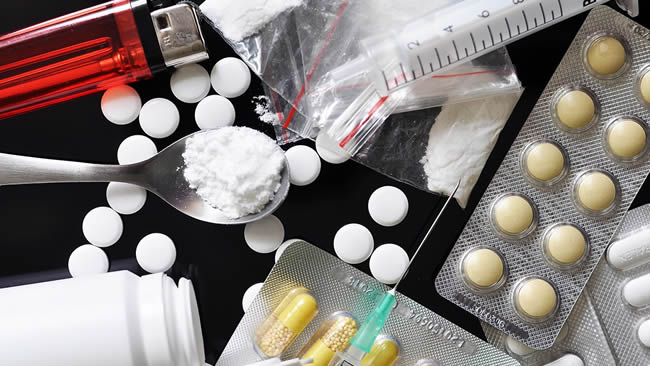 The menace of drug abuse has continued to attract its share of attention in Nigeria. Recently, clampdown by the Government, particularly through the National Drug Law Enforcement Agency, (NDLEA), has continued to reveal the depth of transactions exchanging hands within the chain of production, trafficking and consumption of hard drugs. It is apparent that the more operations are extended to clampdown the working chains of the menace, the stronger the tentacles of the networks appear to be waxing gross to a height beyond what might necessarily come to mind. The sharp practices that run through the chain have been observed to be assuming expanding tentacles.

It is mind-boggling that the growing concentration, resort and attraction of young persons including teens, to the consumption of and involvement in the sharp practices that revolve around  hard drugs, portend depth of ravages to the Nigerian society. It is evident that the preponderance of crime rate in Nigeria most recently has been accompanied with observations of increasing trade and abuse of hard drugs. The coinciding offshoots of the menace is such that evidently present it as a metabiotic force brewing strings of disturbances in the Country.  The preponderance of crime rate with the increasing trend in drug trafficking and abuse of same, should not be considered a coincidence too far fetched to understand, since it has been established how relative drug abuse holds potent bearings to criminal tendencies.

The fact that reports of arrests of traffickers and dealers of hard drugs have continued to reverberate with reoccurring reflections, necessarily presents the threats of how far the extension of the menace has expanded.   Recently, report of the arrest of a major illicit drug kingpin in Anambra, named Okeke Chijioke, by operatives of the NDLEA was disclosed. It was gathered that 548,000 tablets of Tramadol branded as Tarkadol were recovered from the warehouse of the 44-year-old kingpin, situated at 3 Atunya street, Maryland estate, Nkwelle, Oyi local government area of the State. Report of the operation which led to the arrest on Saturday 10th July 2021, revealed that the track-down followed credible intelligence and surveillance, which confirmed he stocked his warehouse with the illicit drug. After the search of his warehouse, 548,000 tablets of Tarkadol weighing 302.500 kilograms were recovered. A statement by NDLEA’s Director of Media and Advocacy, Femi Babafemi, mentioned that: “The substance has also tested positive to amphetamine. The drug was equally labeled 100mg pain reliever on its packs to avoid scrutiny, while laboratory tests confirmed it’s a 225mg drug.”

According to report, preliminary investigation has established that Tarkadol is a brand of Tramadol that has just been introduced into the market to evade attention. It was further discovered that the drug was manufactured in India and smuggled into Nigeria without NAFDAC number or certification. The fact that during the search on the warehouse, a double barrel pump gun with three live cartridges, whose licence expired since 2019, was also discovered and recovered, reveals the connectivity of crime and drug dealings.

Similarly, it was reported that the operatives of the Benue state command of the Agency while on road patrol in Apir village on 14th July, had intercepted and seized 28,400 capsules of tramadol from one Dankawu Madaki, who hails from Misah LG, Bauchi state. Also, a notorious interstate drug dealer, Godiya Linus, who based in Taraba but supplies narcotics to dealers in Adamawa was arrested in the Numan area of the state. Godiya, an ex-convict, was on record, jailed between 2012 and 2018 following his conviction on drug related charges. Also reports had it of another drug dealer, Mohammed Ali, who was earlier arrested on 10th July with 1.150kg of diazepam in Numan. Also was the arrest of one Emmanuel Ishiwu who was nabbed with different quantities of tramadol, exol-5 and diazepam, totalling 6.103kg in Numan on 14th July. On record was also the arrest of illicit dealers, Muhammadu Garba and Shaibu Haruna with 48.500kg of cannabis in Gurin area of the state on Friday, 16th July 2021.

Last week’s reports had revealed that operatives of the Agency had busted three interstate drug cartels supplying illicit substances to some States in the North. The Agency had in the operation recovered skunk and cocaine weighing over 843 kilograms with the arrest of seven of the suspected drug kingpins behind the syndicates in separate raids carried out in Kogi, Nasarawa and Benue states. It was disclosed that in a bid to evade the frequent road interdiction efforts by officers of the Kogi State command of the Agency, a cartel, led by one Augustine Emmanuel, 45, opted to move its consignments through the waterways between Edo and Kogi states. The gang was, however, intercepted on Monday, July 12, 2021, at a jetty in Idah, Kogi State, where a Toyota Avalon with the number plate, Lagos SMK 345 CG, loaded with 487kg of cannabis and ferried across the waterways from Agenebode, Edo State to the jetty in Idah, was seized and the syndicate leader arrested.

A last Tuesday statement by the NDLEA’s spokesman Femi Babafemi, had partly read: “In Nasarawa State, a team of NDLEA operatives had on Thursday, July 8, raided one of the most hostile drug joints in the state capital. About 356kg of cannabis and various psychotropic substances were recovered, with the arrest of four major drug dealers, including the most notorious drug kingpin in Nasarawa State, called Boogie, while his real name is Muhammed Umar. His drug distribution tentacles cut across Kano, Plateau, Benue and parts of the Federal Capital Territory, FCT, Abuja. Curiously, some quantities of cocaine were intercepted in Benue on July 8, 9, and 13. The first dealer, John Aondosoo, was arrested in Makurdi on Thursday, with 28.6grams of crack cocaine and after initial interrogation, it was discovered that his supplier, Henry Ezeomah, would bring more supplies in the early hours of Friday from Obosi, Anambra. Indeed, the supplier was arrested last Friday with 29.17grams of crack cocaine. In another raid on Tuesday July 13, the Benue command also seized some quantities of cocaine.”

All recent reports have revealed that the network of drug cartels in the Country is waxing gross. The wild tentacles hold ravaging threats with devouring potency to eat deeper into the societal fabrics of the Country. It is apparent that the consequential outcomes transcend social impacts to political, economic, cultural formations and by and large virtually all facets of life. The worsening turbulence of insecurity and its ravaging impacts on socio-economic profile in the Country as well as the consequential heating up of the polity, hold bearing to the prevalence of drug abuse. The depth of the impacts appear to transcend the superficial consequences that may  easily be pointed at.

While the Government has a role to play, it is important for other institutional formations of the societal architecture to arise to duty to cut off the claws of the menace. The role of such formations as the social, cultural and religious institutions cannot be undermined in the efforts towards stemming the wings of the menace of abuse and illicit dealings in hard drugs. It is observable that despite the continuous operations of law enforcement agencies to clampdown on dealers of hard drugs, the tentacles of the menace appear to be extending further. As law enforcement agencies seek to strengthen forceful operations, it is apparent that the dealers of the sharp practices have continued to devise newer strategies to circumvent every move to cut off and block their networks.

Among these societal formations, the role of the religious institutions is very sine qua non as gatekeepers wielding strong influence. It is known that virtually every hard drug dealer/trafficker as well as the abusers or addicts belong to, at least, one religious body. Since such gathering are meant to be channels where morals and good conducts are expounded, it is paramount that religious leaders as gatekeepers awake to the responsibility of reverberating admonishment that convey messages of the dangers inherent in  the illicit trade and/or the abuse of hard drugs, or better still, abetting same. Emphasizing the consequences from time to time will go a long way in convincing and appealing to the senses of those indulging in same to come to the altar of penitence for a change of heart from illegal and immoral indulgence to turning to productive engagements for the entire good of the society. Tackling the network of hard drugs transcends the use of force, gatekeeping institutions have to rise to play their role.

Doctors’ strike: Resort to court and the protracted industrial action

Diversification: The desideratum and shortfalls