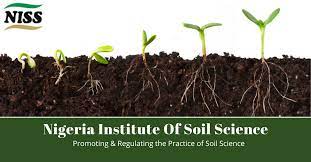 NISS was among the 48 organisations that contended for the award at the event held in Bangkok Thailand.

Also, in honour of its contribution to global food security and its activity to resurrect knowledge on the importance of soil health, NISS won $15,000 alongside the award.

This was made known in a statement on the website of the United Nations Food and Agriculture Organisation (FAO).

The FAO pointed that the award was also in recognition of the institute awareness programmes, which pushed for larger participation in soil-related activities among teenagers and youths.

“The celebrations were widely disseminated online throughout the week and were relayed at the national level by six national dailies reaching around half a million people in Nigeria.

“The institute precisely laid emphasis on youth-enhancing children and teen knowledge on soils and their crucial importance for food security and climate change mitigation.

“NISS unveil that larger students seemed involved and encouraged to pursue soil studies as a future profession,” the FAO added.