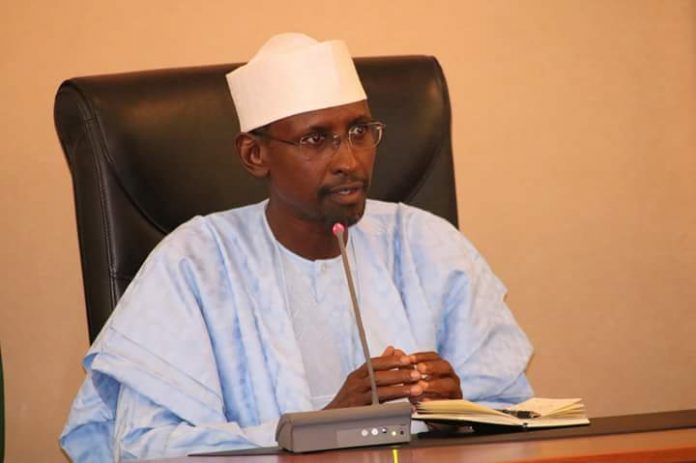 The Minister added that it would equally be mandatory for all estates in the Territory to deploy solar lights on their perimeter fences and along streets  within estates.

Malam Bello who stated this at the commissioning of the Cosgrove Smart Estate, Wuye, said emphasis will be placed in ensuring that estates are managed properly with greater emphasis on security and the environment.

In his words, “Our focus would be ensuring that estates are managed properly to the benefit of the residents. Accordingly, greater emphasis would be placed on security and environmental matters. It would be made mandatory for every estate in the FCT to deploy CCTV cameras with recording facilities and solar lights on perimeter fences and along the streets in the estates.

“Furthermore, no scavengers would not be allowed to be refuse collectors within estates. Each estate would be expected to employ the services of reputable companies registered by the AEPB.”

He also added, “I wish to remind estate developers that 40% of the FCT is intended to be green. This is even more critical now as we battle climate change.”

The minister called on estate owners to make adequate provisions for gardens and parks, plant enough trees, shrubs and flowers, which, he said, was not only for the aesthetics of the city, but also for key environmental reasons within the estates.

Malam Bello congratulated Cosgrove Investment Ltd and its CEO, Umar Abdullahi for pioneering construction of Smart Estates in the FCT, saying that the housing sub sector in the FCT was the most dynamic and vibrant in the entire country, especially with the active participation of the private sector, that deploy world class designs, new building technologies and innovations in their work.