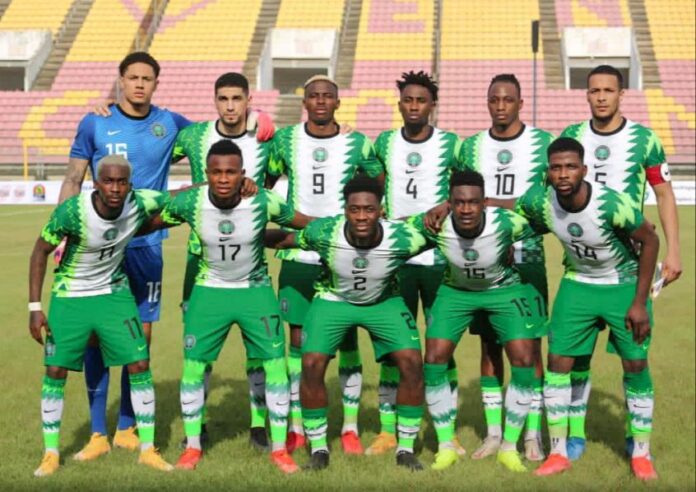 Nigeria’s Super Eagles remained world 34th in the FIFA September ranking in spite of their two wins in the 2022 World Cup Qualifiers.

Nigeria is still with the 1,492 points it had in the last ranking, in spite of beating Liberia 2-0 and Cape Verde 2-1 in the qualifying matches.

The points also kept them as the fifth-place team in Africa behind Senegal, Tunisia, Algeria and Morocco respectively.

On the global scene, with 177 international matches played in the month under review, there were changes to the top positions in the ranking.

There were no fewer than 152 FIFA World Cup qualifying games as well as 25 friendlies played across the globe in the first half of September.

While Belgium (ranked first) and Brazil (second) continues to lead the way, there is a new face on the podium.

Following mixed results in Qatar 2022 qualifying this month (two draws and a win), France dropped one step to fourth.

It allowed England to take their place courtesy of two wins and a draw, some nine years after they were last there.

With three victories in as many games, Denmark (now 10th, one step up) broke into the Top 10.

However, it is below 50th place that we see the best progressions in this edition.