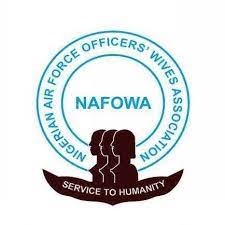 The Nigerian Air Force Officers’ Wives Association (NAFOWA), has trained 40 women on cosmetology, weavon making, making up and gele tying, among others in Jos.

Speaking at the end of the three-week exercise on Friday in Jos, Dr Nievel Maigida, NAFOWA Coordinator in Jos, said the beneficiaries were largely wives of officers and airmen.

She explained that the gesture is aimed at making the beneficiaries self reliant and economically viable.

Th coordinator further explained that the gesture is in tandem with the vision of its National President, Mrs Elizabeth Amao, toward supporting spouses of officers and airmen to be economically independent.

”This gesture is in line with the vision of our national president to encourage wives of officers and airmen to be self reliant and economically stable.

”As such, I will like to encourage beneficiaries to leverage on the skills acquired to become self-employed and employers of labour, thereby contributing to the economic growth of the base community and environs,” she advised.

She called on all wives of officers and airmen to make their homes clean and conducive, as their husbands are out there ensuring that the nation remains safe and peaceful.

In a brief remark, the Commander thanked NAFOWA for the initiative, adding that it would go along way in addressing the rate of unemployment and poverty within and outside the base.

He added that the gesture would make wives of officers and airmen to become more productive and contribute massively to economic growth.

The Commander, however, admonished the beneficiaries to put the knowledge gained to good use, to become useful to themselves and their families.

She explained that the initiative has complemented government’s efforts in the areas of poverty alleviation and social empowerment.