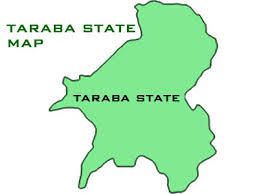 The Chairman of the Taraba State Council of Chiefs, Manu Ishaku Adda Ali, has said the unity of Kwararafa descendants across the country is not political but a demonstration of the bond of brotherhood.

The paramount ruler who is also the Aku-Uka of Wukari said this on Friday when traditional rulers of Kwararafa extractions both from the Northern and Central Taraba led by Kuru Kona, Mr. Augustine Vengkani, paid him homage in his palace in Wukari, the Jukun ancient capital.

Members of the Kwararafa Descendants Forum led by its Chairman, Simon Da’Abe Shinpu, also joined the monarchs to pay the ruler homage.

Stressing that Kwararafa descendants are spread across 26 states of the federation and the Federal Capital Territory (FCT), Abuja, he said the need to foster unity and peaceful coexistence among them is now necessary.

He said, “My joy knows no bounds today, especially when I learnt that there are two traditional rulers of Fulani extractions” adding that “If there is no peaceful coexistence with your neighbours who belong to other tribes, there is no way the Fulani will accompany you to the palace.

“Their coming here has shown that the Fulani coexist peacefully with the Kwararafa descendants in your domains; when there is no peace it is impossible to harness the abundant natural resources in your areas.

“Kwararafa was a great empire and there is no way the history of Nigeria will be written without mentioning the exploits of the empire.

“There were so many things that happened which made Kwararafa nationalities scattered all over the country, but brotherhood is brotherhood no matter the distance.

“My happiness about the Kwararafa movements in the country is that they have nothing to do with politics or religion; because Kwararafa comprised different religions and nationalities in its heyday”, said the monarch

While praying that the bond of brotherhood will continue and blossom, he wished that the Kwararafa descendants will also continue to coexist peacefully with other nationalities in the country.

The Chairman of the Kwararafa descendants Forum, who earlier commiserated with the Aku Uka and the Wukari Chiefdom on the death of one of prince, Dr. Adi Atoshi, described his demise as a colossal loss to the Jukun nation.”