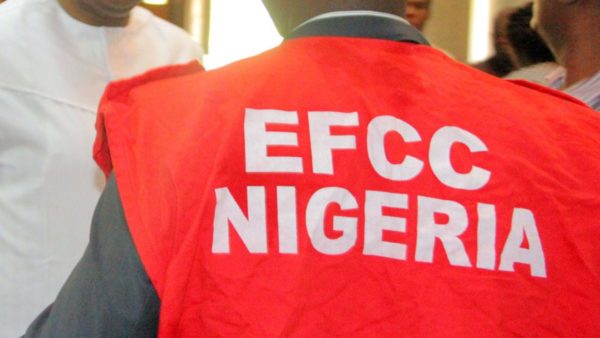 Three Abuja-based lawyers have been dragged to a High Court of the Federal Capital Territory, (FCT)on a 4-count charge bordering on false information with intent to mislead the Court of Appeal into entering a consent judgment in their favour.

The lawyers are Messrs Maxwell Opara, Gold Nwankwo and Jubilate Obasikene.
The charge marked CR/444/2022 and filed by the prosecuting counsel, Mr Ibrahim Buba followed a petition by the Central Bank of Nigeria (CBN), to the Chairman of the Economic and Financial Crimes Commission, (EFCC).

The EFCC, which is the prosecuting agency told the court that the offences were contrary to Sections 96 and 140 of the Panel Code law of the Northern Nigeria as applicable in the Federal Capital Territory, Abuja.

The CBN had accused the lawyers of fraudulent representation and impersonation in the petition.

The apex bank accused the trio of allegedly entering appearances for the CBN and Unity Bank Plc, without the consent and authorisation of the banks in an appeal in respect of a garnishee proceeding involving the sum of N52 million, at the Court of Appeal, Abuja division.
The proceeding was in respect of appeal No: CA/A/18M/2017, between Mr Godwin Emmanuel Vs Chris Obot, Ambo Top Nig Ltd, Unity Bank Plc and the CBN.

The appeal arose from a garnishee proceeding where the CBN was served with an order Nisi dated Nov. 3, 2015 by the High Court of the Federal Capital Territory, Gwagwalada.
The appellate court had granted the CBN leave to appeal against the judgment of the lower court.

This was on the condition that the entire judgment sum of N52 million be deposited to the deputy registrar to be kept in an interest yielding account in a commercial bank within 30 days from the date of the ruling, pending the determination of the appeal.

The bank said it was concerned because neither the bank nor its counsel was served with any hearing notice in respect of the proceedings of Sept. 9, 2020.

The bank also said it was informed that it was purportedly represented by one Gold Nwankwo in the proceedings of Sept. 9, 2020, a counsel unknown to or briefed by the bank nor affiliated in any way to any of its external solicitors.

That also, one Jubilate Obasikene was said not to have the authority of Unity bank to appear for it in the proceedings.

That upon investigation, it was discovered that the said Gold Nwankwo was listed on the letterhead of Messrs. Maxwell Opara and Associates who was counsel to the judgment creditor as one of its lawyers in chambers.

When the matter was called for trial on Thursday, the prosecuting counsel, Mr Ibrahim Buba informed the court that the witnesses from the CBN and Unity Bank in court were absent in court.

Buba prayed the court to grant a short adjournment to enable him produce the witnesses in
court.

Since there was no objection from the defence counsel, Justice Hamza Muazu adjourned the matter until Feb. 1 and 2, 2023 for trial.
One of the counts in the charge marked CR/444/2022, and dated Aug. 26, reads in part:

“That you Maxwell Okpara and Gold Nwankwo sometime in September 2020 in Abuja within the judicial division of the High Court of the FCT did conspire to commit an offence to wit: giving false information with intent to mislead public servant.

“You thereby committed an offence contrary to section 96 of the Penal Code law of Northern Nigeria as applicable in the FCT, and punishable under Section 97 of the same law.