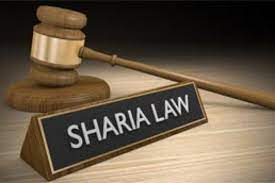 A business man, Idris Adamu on Thursday dragged his neighbour, Abdullahi Bagobiri, before a Sharia court sitting at Rigasa, Kaduna for building a pit latrine close to his well.

The complainant who resides at Rigasa, told the court that the defendant also built his fence close to his house, thereby causing an obstruction for waste water.

“I reported the matter to our community health workers and he was asked to fill the latrine pit.

” He agreed to refill the latrine but later changed his mind.

” I want this honourable court to compel him to refill the space and move his fence away from mine”, he said on his part, the defendant denied the allegations.

The judge said that the court would visit the premises and adjourned the case until Dec.28.