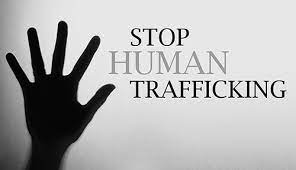 Justice Abiola Soladoye held that the prosecution had failed to establish the ingredients of each of the three-count charge, bordering on defilement and human trafficking and contemporary slavery against the defendants.

Soladoye said that the prosecution only called one prosecution witness (PWI) who was the nominal complainant in the case and his testimony was not corroborated, as the survivor failed to show up in court.

She said: “PWI testified before this court that the survivor, who was living with him left home and never returned until she was seen by her family a few months later, under Idumota Bridge, and alleged that the defendants took her in and had sexual intercourse with her.

“The court did not see this girl, as she never came to court. The court is not a magician in determining if the defendants really committed the offences or not, as the girl in question never showed up in court to narrate her ordeal in the hands of her alleged assailants.

“There is no evidence that could be corroborated with that of the PW1, as the witness told the court that the survivor now resides in the village, and all attempts made by the prosecution to get the survivor to court proved abortive.

“According to the prosecution witness, the survivor had returned to the village since the alleged incident happened and effort to have her testimony through virtual hearing was to no avail, as she now resides in a remote part of Nigeria.

“The prosecution failed to prove the charge of defilement, human trafficking and contemporary slavery against the defendants.

“I find them not guilty of the charges and are hereby discharged and acquitted”.

Newsmen reports that the state counsel, led by the Deputy Director of Department of Public Prosecution (DPP), Mr Olusola Shoneye, and other member of the team, Mrs Olufunke Adegoke, alleged that Isaac and Samuel committed the offences from April to August, 2018, on Church Street, Ijora Badia, Lagos.

The offence, the police said, contravened the provisions of sections 137 and 276 (a) of the Criminal Law of Lagos State, 2015.