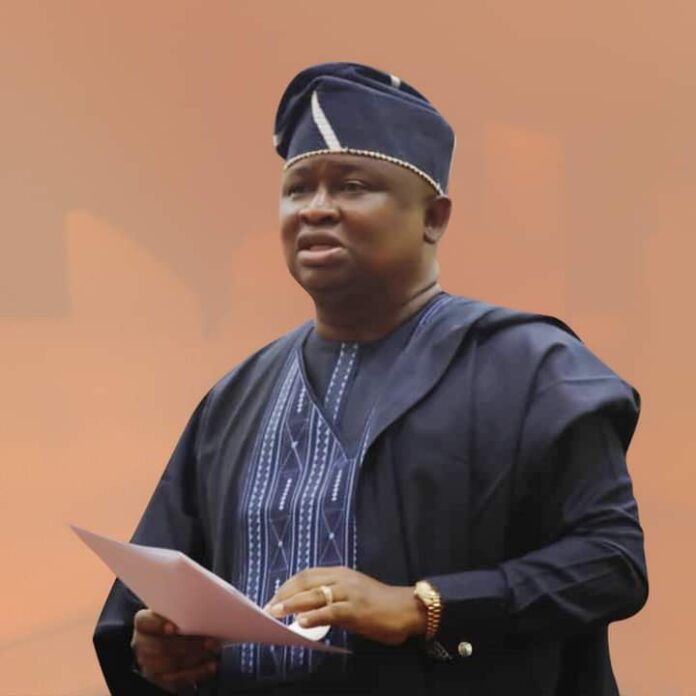 Ministries, Departments and Agencies (MDAs) are yet to remit over N3 trillion to the Consolidated Revenue Fund (CRF) of the Federal Government between 2014 and 2020, the Senate has said.

Chairman, Senate Committee on Finance, Sen.Solomon Adeola (APC- Lagos), made the revelation in a statement by Kayode Odunaro, his Media Adviser, on Sunday in Abuja.

The senator spoke at the ongoing investigation of remittances of revenue by MDAs and payment of 1 per cent stamp duty on contracts between 2014 and 2020.

The Minister of Finance, Budget and National Planning, Ms Zainab Ahmed, and Director-General of Budget Office, Mr Ben Akabueze, appeared before the committee.

Adeola said the unremitted revenue may have been trapped with the MDAs or spent on frivolous expenditures.

He said this is contrary to the 1999 Constitution of the Federal Republic of Nigeria and the Fiscal Responsibility Act (FRA) 2007.

He said the minister, director general, budget office, and the Accountant General of the Federation, were invited to speak on the unremmited funds which was revealed from investigations of the committee.

According to Adeola, the investigation has so far revealed that many agencies were involved in illegalities relating to expenditure of funds that should be remmited into CRF.

He said many of the agencies abused the concept of operating surpluses to shortchange government, relying on ministerial circulars over and above the constitution and FRA-2007 as passed by the National Assembly.

The Minister said the huge budget deficits accompanying yearly budgets has forced government to resort to huge borrowing to finance these deficits.

“The committee decided to probe the revenue remittances by agencies of government.

“The government cannot continue to borrow yearly while the revenue from agencies that the government is financing with the borrowings are spent contrary to the laws of the land.

“From submissions already made and calculations from the Fiscal Responsibility Commission, about 60 Government-Owned Enterprises (GOEs), may have about N3 trillion of government revenue still unremitted in their coffers. Or already spent on frivolous expenditure contrary to the Constitution and FRA 2007,” Adeola said.

He said since the commencement of the investigation, some agencies had complied in paying back millions of naira with receipts from the Office of the Accountant General of the Federation.

The senator said if these revenues were paid to the CRF for proper appropriation by the parliament during budget considerations, the size of the nation’s deficit would be reduced and hopefully minimise borrowing.

“We cannot continue to run government business as we used to do in this time when there are huge demands for government to fund needed infrastructure and other socio-economic programmes,” he said.

Adeola also revealed that the investigation has also led to the willing exit of some agencies from the budget of the government, while relying on their generated revenue to fund aspects of their operations.

He noted that this would reduce their dependence on the federation budget and assist in reducing budget deficits.

Responding, Ahmed commended the committee for the ongoing probe of revenue remittances.

She noted that in recent times, there had been a noticeable increase in revenue from agencies to the CRF as required by law.

The minister, however, explained that the executive arm is also examining the application of the template of calculating and deducting operating surpluses by agencies of government.

She said this is to ensure that the right amount was paid to government.

Our dream is to achieve market leadership in Nigeria — MD, International Breweries