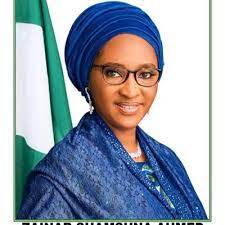 These are indeed interesting times. The Governor, Central Bank of Nigeria’s announcement to redesign the Naira. The Minister of Finance, Budget, and National Planning distancing herself publicly from the CBN Governor’s decision. Few days later, President, Muhammadu Buhari told bewildered Nigerians that he gave the CBN Governor the approval to carry out the reissue. From the frenzied zest by the Economic and Financial Crimes Commission (EFCC) laying siege for those who would bring truckloads of Naira to the banking halls, ambushing roadside Aboki bureau de change merchants, to the surprisingand unintelligent commentaries on the CBN’s action by some so called seasoned broadcasters/journalists. Their unintelligent commentarieslacked understanding of the issue at hand.

Rather than toeing the selfish reactions of those the policy really hit, the duty of every concerned Nigerian is to first interrogate the reasons offered by the CBN for taking such decision, whether they were germane or not, and if it in the interest of the economy. Did the Bank comply with global central banking best practices or not? Are we as Nigerians doing things the rational way?

Thus, if someone somewhere legally backed by law decides to make a difference, is it not rational that such person be encouraged and supported for doing the right thing?

The CBN had said it is redesigning N200, N500, and N1,000 currency notes which it last did 20 years ago. It urged everyone to start depositing the current notes before they cease to be legal tender. It informed the public that the new notes would come into circulation on December 15, 2022, while collection of old notes will end on January 31, 2023, when they cease to be legal currency tender.

To mitigate the characteristic Nigerian 11th hour rush attitude to beat deadlines, the Governor instructed the deposit money banks to keep their deposit centers open from Monday to Saturday for collections.

In the troubling unfolding drama, and the ‘exhumation’ and truck loading of stashed Naira by the Nigerian elites, the social media is washed with videos, and the frenzy with which the EFCC is rabble-rousing as if it just woken to its responsibility portrays us as unserious people. Chasing after bureau de change operators, licensed or not, for illegal or legal financial transactions, leaves much to be desired. It is a common knowledge that some bureau de change operators have been conduit for money laundering and other illicit financial dealings, yet the agency turned away its eyes. The United Arab Emirate (UAE) some two years ago named four BDC operators as financiers of terrorism in the country. Till date, nothing visible is seen to have been done in that respect. Waking up after the CBN action and chasing after the BDC operators leaves a sour taste in the mouth, capable of politically tainting the CBN’s action.

The Minister, Federal Ministry of Finance was the first within government to exhibit dissonance on the action. She distanced herself from the action, forgetting that her Permanent Secretary, a constitutional member of the CBN Board and the ministry’s representative must have been a party to the decision. Thus, it is either he failed to report back to his principal, or the principal for ego tripping decided because the CBN governor did not defer to her before taking the action chose to take her pound of flesh on him. She did while defending her ministry’s budget at the National Assembly. More so that, the CBN is not a parastatal in her ministry. May be, a quick glance at the severally amended CBN Decree No. 24, 1991 will let her know that Emefiele owes her no obligation in the performance of his mandate. She, and Emefiele, report directly to the President, and being independent of each other does not rule out frequent and healthy consultation to harmonize policies in the interest of Nigerians. Washing her dirty linens in the public is adversative to the health of the economy.

Such discord, however, is not alien to this administration, as recently, the Minister had a misgiving with the Minister for Communication and Digital Economy over introduction of taxes on the telecom tariffs. The communication minister had complained that he was not intimated of the policy.

On the announcement of the Naira redesign, Godwin Emefiele jolted majority of Nigerians, and with the way official memos do leak from the presidency, the CBN Governor may have decided to keep the approval to himself till the announcement was made. It was a bombshell.

People have started bringing out stacked Naira notes from the soak ways, undergrounds, and closets for purposes best known to them. They are either proceeds of corruption, inducement, ransom payments, or illicit financial deals. Before now, the CBN had been miffed with the dollarization of the economy, especially by the politicians and top government officials, thus pressuring the domestic legal tender. Since the pronouncement of this action, there has been a mad rush to exchange Naira for the American Dollars, or British Pounds Sterling. Naira, therefore, in the last few days has been severely battered, exchanging at an all-time low against the dollar.

Dollar, a favorite choice currency, considering that it is easy to carry, and easy to dispose of when the new notes would have been issued, coupled with peoples’ unwillingness to go through the rigor and bureaucracy of foreign currency domiciliary account procedures. It is thus an assumption that they would make more money when later exchanged for Naira.

However, the greed and patriotism missing in us may have beclouded other essential elements of the pronouncement. By January 31, 2023, the experimental cash-less policy of the Central Bank of Nigerian will go full blast with additional conditions limiting huge physical cash transactions. Therefore, with the deposited millions in exchange for new notes, and thousands of ‘greenbacks’ kept, you may not have the luxury of withdrawing in millions or exchange the dollars for millions of Naira as it was before the CBN pronouncement.

There would be apprehension and panic, superfluous as being experienced now. Ultimately, everyone would be encouraged to embrace other alternative payment channels, ATMs, mobile banking, and the eNaira, among other numerous payment/transaction platforms the CBN had approved to discourage the usage of physical cash, preparatory to the full implementation of the cash-less policy. The target is to get majority of Nigerians captured in the financial inclusion drive.

At the end of 31st January 2023 ultimatum, full complements of the cash-less policy that stipulates limit for across-the-counter withdrawals/deposits will be unleashed and heavy charges levied if deposit/withdrawal is above CBN threshold. As cash withdrawal/deposits procedures become inflexible, exchanging Dollars for Naira no longer easy, swift, and smooth as it used to be on the streets, parallel market forex trading will crash, and the unrealistic exchange rate will bust. The Naira will begin to regain its breath, strength, and real value. The CBN will also be able to effectively monitor and regulate monies in circulation.

The security agencies, and those saddled with curbing financial crimes will have an enabling environment to effectively carry out their constitutional mandate of combating financial crimes, thereby creating confidence in the system for any investor. The banking sector will have enough fund to lend, inflation will begin its gradual descent, and there would be less of vote buying/selling as we go into the general elections, thereby restoring normalcy in our polity.

Madam Finance Minister, therefore, your outburst against the CBN action should have been better managed, knowing how troubled the economy is presently. And if we are to go the hog of the clamour for unfettered synergy between monetary and fiscal authorities, your ministry should not be seen to be antagonizing the CBN publicly. Even if the CBN Governor had not carried you along, on, and before the action was taken, (may be due to the sensitivity of the matter, and to avoid leakage), as drivers of the economy, holdingyour breath would have done the economy more good than the damage it caused.