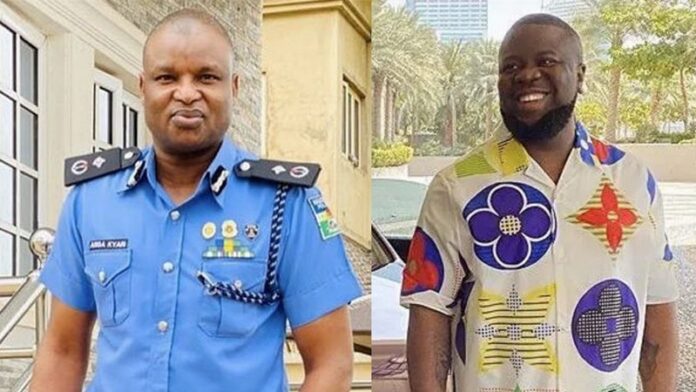 The indictment of Nigeria’s hyped Police Officer, DCP Abba Kyari, by a US court sitting in California over alleged involvement in shady deal with Nigeria’s cyber-crime fraudster, Ramon Abbas, A.K.A. Hushpuppi to the tune of a $1.1million US dollars, has raised doubt over the sincerity of frontline figures within the framework of established authorities in the course of bringing sanity in the Country. The disclosure since last week has further compounded the depth of aspersion-casting on the Nigeria Police Force (NPF). It is known that the stench on the Force over the menace of  observed corrupt dispositions has over time become deep seated in the Force. The indictment of Kyari, no doubt, has further strengthened the perception of rot within the Police structures.  The US Department of Justice, District of California, on July 28 had released a statement titled, ‘Six Indicted in International Scheme to Defraud Qatari School Founder and then Launder over $1 Million in Illicit Proceeds,’ in which Kyari’s indictment was contained. According to the statement, a federal grand jury indictment alleges an elaborate scheme to steal more than $1.1 million from a businessperson attempting to finance the construction of a school for children in Qatar – and the subsequent laundering of illicit proceeds through bank accounts around the world.

Questions over the possible extradition of Kyari who heads the Intelligence Response Team (IRT) of the Nigeria Police Force have attracted divided interests. Request for his arrest and extradition has become another subject of divergent interests.  Reports of the allegations against Kyari, by the US Court quoting Hushpuppi, who confessed to bribing Kyari to arrest a co-fraudster in a whopping $1.1m deal, would continue to generate intrigue in the next coming days. The US’ court documents had last week revealed that Abbas reportedly paid off Kyari to arrest a colleague of his whom he had a dispute with. The proceedings however, had narrated how he bribed the celebrated Deputy Commissioner of Police. According to the US Department of Justice, a criminal complaint initiated the prosecution of Hushpuppi in February with court documents revealing that Abbas, the 37-year-old Nigerian national, pleaded guilty on April 20. A version of Abbas’ plea agreement filed late last Tuesday outlines his role in the school-finance scheme, as well as several other cyber and business email compromise schemes that cumulatively caused more than $24million in losses.

It would be recalled that as steam continues to rise from the case,  the Inspector-General of Police, (IGP) Usman Alkali Baba, had recommended the immediate suspension of Kyari, from the Service of the Nigeria Police Force, pending the outcome of an ongoing internal investigation bordering on his indictment. The development was followed with his suspension by the Police Service Commission (PSC) on Sunday.

The PSC in a statement over the weekend, had stated that: “A US Court cannot order the arrest of a Non-Citizen resident in Nigeria,” stressing that only the PDC has prerogative power “to either suspend, demote or dismiss an erring officer.”  The American court had issued an arrest warrant against Kyari for his alleged role in the case of the whooping international fraud involving five other persons.

Meanwhile, just as it is important to keep to established rules, it is very essential that the Nigeria Police play its role legitimately and sincerely with all due diligence devoid of compromise. It would be recalled that following his suspension, a four man panel has, in response, been set up by the IGP to investigate the FBI’s indictment of Kyari. The panel is expected to do a thorough review of documents sent to the Nigeria Police Force, by the FBI. A letter to the effect by the IGP, dated 31st July 2021, signed by the Force Public Relations Officer, CP Frank Mba, had read partly: “The suspension is also expected to create an enabling environment for the NPF Special Investigation Panel to carry out its investigations into the weighty allegations against DCP Abba Kyari without interference. The suspension is without prejudice to the constitutional presumption of innocence in favour of the officer. The Special Investigation Panel (SIP), comprising four (4) Senior Police Officers, is headed by DIG Joseph Egbunike, the Deputy Inspector General of Police in charge of the Force Criminal Investigations Department (FCID). The SIP, inter alia, is to undertake a detailed review of all the allegations against DCP Abba Kyari by the US Government as contained in relevant documents that have been availed the NPF by the Federal Bureau of Investigation (FBI). The SIP is also to obtain a detailed representation of DCP Abba Kyari to all the allegations levelled against him, conduct further investigations as it deems fit, and submit recommendations to guide further actions by the Force Leadership on the matter.”

It is essential that the Nigeria Police act in good faith in its investigation, with an outcome so reliable with the depth of rational discretion to ensure the image of the Force, and by extension, the Country is not further dented. The outcome of the investigation would be a stroke that will go a long way in the perception of the Country’s image which has had a stench of corruption and disregard of the rule of law over time. The decision Nigeria takes at this critical moment will go a long way to either boost or worsen her image in the international community. Hence, the need to arrive at an outcome which will be well reckoned with as having satisfied all considerable depth of thoroughness, genuineness, veracity and integrity in investigation, remains significant, given the weight of international interests holding stake on the case.

More importantly, it would be more rational for the accused, Kyari, to prove his integrity by taking bolder step to avail himself in compellation to the US authorities without force, to clear his name and prove his innocence, if he is so innocent of the allegations. This will, in good faith, foreclose bureaucracies of be-labouring investigative panels in Nigeria. Such resort will further enhance his prospects of proving his innocence, redeeming his image, and on stronger grounds, preserve the Police and the Country at large, from deeper stench.

In this perception, a Senior Advocate of Nigeria (SAN), Muiz Banire, had on Sunday opined that Kyari could turn himself in to the INTERPOL if he is certain that he is innocent of the allegations levelled against him by the US Attorney’s Office, Central District of California. Speaking on Channels Television’s Sunday Politics programme, the SAN who had stressed that Kyari’s indictment by the US’ court is a dent on Nigeria’s image, had said in quote: “Certainly, it is a dent on the image of the Country, but we are handling the issue very well so far. What is going on is an internal investigation of the matter and, until a prima facie case is established against the officer, he is still presumed innocent.”

Nigeria’s image is at stake with the magnitude of the indictment. It is therefore, imperative for both constituted authorities in the Country to act decisively and rationally not to further deepen the dent on her image. To save the Country from embarrassment, both Nigeria and the accused officer who have been declared wanted by the INTERPOL have roles to play. If Kyari is confident of his innocence, turning himself in to clear his name is morally rational. However, where that looks not forthcoming, the onus lies on the Nigerian authority, with all due diligence and veracity of thought, to take decisive action based on the outcome of thorough and impeccable investigation into the indictment which leaves no iota of doubt.