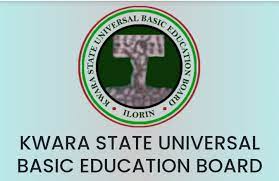 Kwara State Universal Basic Education Board on Thursday flagged  off a public debate competition for students of Junior Secondary Schools in the state.

Speaking on the sideline of the event, Chairman of SUBEB, Professor Shehu Raheem Adaramaja said the programme was put together to groom students of Junior Secondary classes across the 16 local government areas ahead of the December – 2021 Presidential Debate to which Kwara has been invited to participate.

“Recently, we received an invitation from Abuja about the proposed 2021 Presidential Debate which will come up between 6th and 9th December this year. Kwara is one of the states selected. So, we need to prepare our students for that big occasion. And part of the strategy is that we don’t want to just pick any local government. We want to give all local governments equal opportunity to prove themselves. That is why we are having this pre-debate competition,” Adaramaja said.

“Our investment in education is very huge. Schools have been constructed and renovated. We provided instructional materials. We want the students’ enrolment to be boosted with all these things. Parents can now see that basic education in Kwara state is on track and we commend the efforts of Governor AbdulRahman AbdulRazaq in this regard.”

The debate continues next Thursday involving students from Ilorin West Local Government Area and others in the coming weeks.