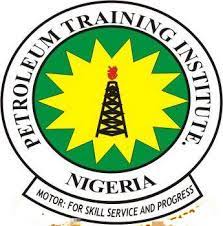 The Principal of PTI, Dr. Henry Adimula, said at the graduation ceremony in Effurun near Warri, that the training was part of the Corporate Social Responsibility (CSR) of the institute to its host communities.

The  beneficiaries were drawn from the 24 Urhobo kingdoms under the auspices of the Urhobo Progress Union (UPU) Worldwide.

Adimula said that 10 out of the 67 trainees had distinction, while 20 and 37 others had credit and merit respectively in the training which commenced in May 2021.

He said that Information and Communication Technology (ICT) was a driving force in the global industries noting that the beneficiaries were like a “global currency that is generally accepted.”

The principal expressed confidence that some of the beneficiaries would make a career out of the training.

He, however, urged the trainees to make positive impact in the society, and gave the assurance that the exercise would continued.

Also speaking, the First Vice President of UPU Worldwide, Mr Anthony Onoarigho, thanked the management of PTI for the training, describing it as first of its kind.

The President of the UPU Youth Wing, Ovie Ebireri, congratulated the graduands and urged them to “translate the training into self-employment.”

Highlight of the ceremony was the presentation of awards to the PTI principal and the Registrar, Mr Clement Siakpere, by the UPU youth wing for approving the free training for the youths.

One of the beneficiaries, Mr Abednego Bigila, commended the organisers of the training.