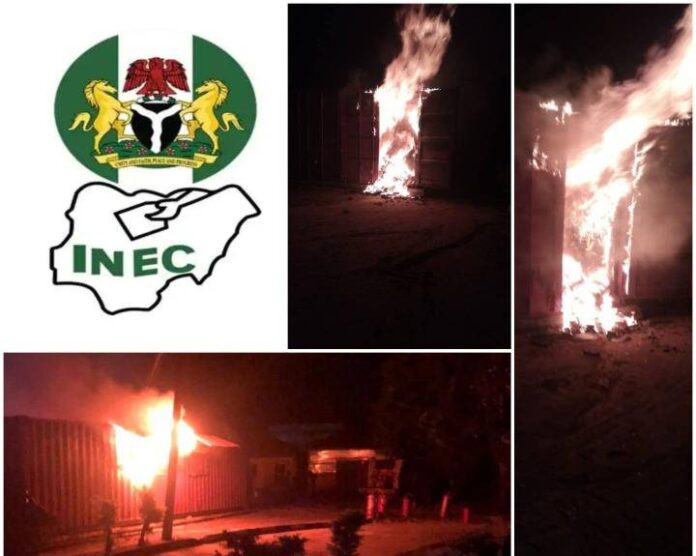 The arsonists attacked the building undergoing renovation on Thursday.

“The building, which is undergoing extensive renovation following an earlier attack, was vandalised and partially set ablaze,” he said.

Okoye said some of those working on the site were kidnapped but later released.

He disclosed that the timely intervention of the police deployed to the site reduced the damage.

“The damage would have been more extensive but for the quick response of the Nigeria Police which has deployed its personnel to the site.

“This is one attack too many,” he added.

INEC expressed worry over the recent attacks on its facilities across the country ahead of the 2023 general elections.

The Commission noted that such attacks have negative consequences on its preparations for 2023.