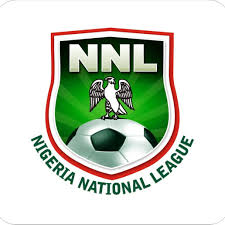 Ibom Youths Football Club of Uyo on Wednesday said they have signed on 33 players in preparation for the 2020/2021 Nigeria National League (NNL) season.

Keresifon Essien, the club’s Media Officer, said in a statement that the players were selected from more than 200 players who turned up for recruitment from clubs within and outside the state.

“Out of those who turned up for the club’s screening held in Uyo recently, 33 players were registered and 10 of them are new players drawn from various clubs within and outside Akwa Ibom,  while the club retained 23 of the old players.

“They have all passed their medicals and have been declared fit to feature in the team’s games in the new season,” he said.

Reports state that Ibom Youths FC are to participate in the Southern Conference B2 of the 2020/2021 NNL season which has eight teams.

Essien also said the Ikot Ekpene Township Stadium has been approved by the NNL to serve as the club’s home ground.

He added that the clubs have Emmanuel Ntuk as their Technical Adviser, with Lawrence Iquaibom as the Chairman.

“I want to assure our fans of the determination and commitment of the club’s players and officials to perform well in the new season,” the club spokesman said.