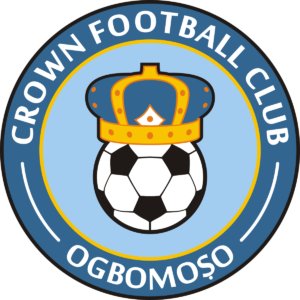 The Acting General Manager of Crown FC of Ogbomoso, Oyekunle Oyeleye, on Wednesday, expressed the readiness of his team for the 2020/2021 Nigeria National League (NNL) season.

The Media Officer of the Ajilete Warrior, Tunji Alabi, in a statement in Lagos, said the 2020/2021 NNL season would start on Sunday Jan. 31 after it was put on hold for over 12 months.

Oyeleye said the NNL side was poised to conquer all foes in the second tier of Nigeria’s football league.

“We are fully prepared and battle ready, because we had more than enough time to prepare for this season, having kicked the ball last on Dec. 16, 2019.

“We have prepared well for the in-coming season. And with the quality of signings we’ve made, we are good to go.

“We are confident that our sound preparations will be shown in the results of our games.

“I promise our fans that by God’s grace we will perform wonderfully well in all our matches, beginning from this weekend,” he said.

On the arrival of a former national beach soccer team captain, Isiaka Olawale, to the camp of the Ajilete Boys, Oyeleye expressed optimism that the veteran midfielder would bring his wealth of experience to bear on the team.

“Olawale will make a positive impact on our club. He is a legend, and having somebody like him in a team like ours will no doubt boost the image of our club.

“Aside that, Olawale is still as skillful as he was in those days. As soon as he came around, his family wanted him here because his family is based in Ilorin, a city just 35 minutes drive from Ogbomoso.

“He is one of the players we have signed,” Oyeleye said.

He added, “Aside Olawale, we also have quite a number of other experienced players who have featured in the NPFL, including some returning players.

“I believe with such players and the inputs of the club’s technical crew, Crown will be going to places.”

The 38-year-old, Olawale signed for the Crown FC after spending four seasons with El Kanemi Warriors.

“I am assuring our fans that playing our home matches at the LAUTECH pitch instead of our traditional ground at Soun Township Stadium currently under renovation will not have adverse effects on the team’s performance.

“We feel comfortable playing at the LAUTECH pitch, and we believe, we will get expected results there, with the support of all stakeholders,” he assured.

Reports state that the Ajilete Boys, whose ambition is to return to the NPFL, will play host to Jossy FC from Enugu this weekend in the 2020/2021 NNL opener.

FIFA ends probe against Beckenbauer, others