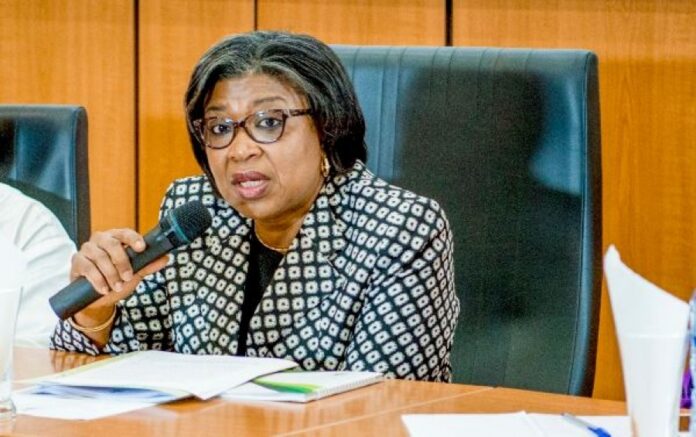 Burden of Nigeria’s public debt stock has been worsened by petrol subsidy as the borrowings of the Federal Government to finance budget deficits were increased by N1trillion to subsidise petrol this year.

The Director-General of the Debt Management Office (DMO), Ms. Patience Oniha who disclosed the borrowing in a presentation at the Executive Course on Budgeting and Fiscal Transparency at the Army Resource Centre in Abuja, on Tuesday, attributed the current debt stock to budget deficit, noting that the borrowing plan for 2022 was increased by N1trillion to enable the government pay the extra cost of petrol subsidy.

Although the Country’s public debt stock stands at $42.8 billion, Oniha argued it remained within acceptable limits and sustainable.

Speaking on the topic, “Debt Sustainability Challenges and Strategic Revenue Mobilisation Initiative,” the DG said that the Federal Government had to resort to borrowing to fund the budget due to revenue challenges.

According to her, the DMO was deploying World Bank and International Monetary Fund tools to ensure the sustainability of Nigeria’s public debt.

“These tools include an annual Debt Sustainability Analysis (DSA) and a Medium Term Debt Management Strategy (MTDS) every four years,” she said.

“Maturities in the Public Debt Portfolio are well spread to avoid bunching of maturities and to ease repayments of maturing obligations.

She further argued that Nigeria was not alone in rising levels of public debts, stating that across the globe, governments were borrowing more to meet with economic and social challenges posed by the COVID-19 pandemic and the Russia-Ukraine war.

“Governments across the world borrow. Globally, debt levels are growing, but it is not a new trend.

The DMO DG also explained that the government was not just borrowing without justification, emphasizing that the loans would enable the government to finance critical infrastructure with multiplier benefits (job creation, movement of persons and goods) and overall GDP growth.

She noted that the Country was facing a revenue crisis, adding that it has become very important for the government at all levels to pay more attention on how to increase revenue generation as a means of reducing borrowing.

Noting that Nigeria was performing poorly in terms of revenue, she said that the Country had a far lower revenue record than it could generate.

Stating that the Federal Government has taken a number of measures to grow its revenue, she urged citizens and corporate bodies to pay their taxes in order to make funds available for the government to finance critical infrastructural facilities, across the country.

The DG stated that the issuance of Federal Government securities had several benefits for both the citizens and corporate organisations, stating  they provide safe investment opportunities with regular returns; serve as vehicle for mobilising large pools of funds from domestic and international sources for investments in capital projects.