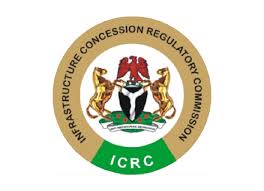 The Federal Government says it is set to deploy an Integrated Secure Track and Trace Solution to boost revenue earnings through excise and tax collection.

A statement issued by Ms Manji Yarling, the Acting Head Media and Publicity, ICRC in Abuja on Tuesday, said the project was aimed at mitigating the country’s dwindling revenue and foster more non-oil revenue streams.

“The PPP solution will adopt the Build, Operate, and Transfer option.

“It will allow the Federal Government, through the Ministry of Finance, to establish an effective and non-intrusive control on a broad range of goods and services subject to excise duty, safety, and standards,” Yarlling said.

While receiving the OBC certificate, the minister said the proposed solution was important at this time, as the government was currently constrained in terms of revenue and required an urgent boost.

According to Ahmed, the purpose of the project is to enable the ministry to have visibility over some key products that are made in Nigeria, in terms of the quantity and companies that produce them.

“It is also to differentiate between the same products produced in Nigeria and the ones that are imported, the bottom line is for us to be able to maximise our revenue potential.

“Having had several meetings with the proposing company, we thought that the best way to do this is through a PPP model and I am glad that the OBC Compliance Certificate has been issued,” the minister said.

Ahmed said that as the fiscal authority of the government, the ministry of Finance had the responsibility to ensure that duties and taxes were paid.

She said the ministry’s responsibility was also to assist relevant agencies to make their work more seamless, hence the need to deploy the solution.

The minister promised that the solution was not going to put more burden on companies, as the duties to be collected were not going to disrupt manufacturing in any way.

“I am assuring that the manufacturing companies’ businesses will not be disrupted, they are not going to incur any additional cost, the excise duty that will be charged will be a pass-through cost.

“We are convinced that this is the right thing to do,” she said.

Ahmed expressed confidence in the solution citing that the same infrastructure had been deployed by the same company in South Africa and Morocco to boost their revenue accruals.

Ohiani while presenting the OBC, said that the solution would bring about many benefits to Nigeria including stemming illicit trade and revenue leakages; and improving revenue generation for government.

Other benefits he said include ensuring the circulation of high-quality goods and services; achieving economies of scale and synergies among ministry’s agencies; enhancing technology and knowledge transfer and generating employment opportunities.

“The proposed solution when implemented will allow the Federal Government of Nigeria to establish effective and non-intrusive controls on a broad range of markets.

“Markets such as goods and services subject to excise duty, and goods subject to conformity with health, safety, and quality standards.

“Additionally, the solution aims to reduce the levels of counterfeiting, sub-standard quality, tax evasion, and under-declaration in these markets,” Ohiani said.

He pointed out that the ICRC and the ministry would now proceed to the procurement stage.

“A Full Business Case (FBC) Compliance Certificate would be issued for onward submission to the Federal Executive Council (FEC) for project approval.”

NDIC recovers N8.3bn from banks over  complaints in 11 months — MD