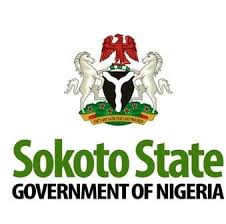 The Minister of Works and Housing, Mr Babatunde Fashola, on Friday inaugurated a 1.5-kilometre internal road in the Federal Neuropsychiatric Hospital, Kware, Sokoto State.
Fashola, represented by the Federal Controller of Works in the state, Mr Kassim Nagwandu, said the N180 million project was part of the government initiative to enhance access roads in federal establishments.
He said that the Federal Government constructed about 83 internal roads and handed them over, while some of the projects were ongoing and would be completed before the end of the present administration.
The minister said that the quality of infrastructure had improved the quality of healthcare delivery with positive impact on patients and health workers.
“We have successfully intervened in internal road projects in various federal Institutions and handed them over to their managements.
”The projects are impacting positively to the smooth running of institutions and improving the living conditions of the citizens,” Fashola said.
The Minister of State for Health, Mr Ekumankama Joseph, represented by Casmir Iqwe, said the project would surely ease patients and workers movements and safeguard their health conditions.
Joseph said that the road networks would reduce the spread of dust and other unwanted pollution in the facility.
He lauded the effort of President Muhammadu Buhari and urged the benefiting hospital community to ensure proper use of the road network.
Earlier, the Medical Director of the Hospital, Prof. Shehu Sale, expressed excitement over the projects, noting that the road network linked the departments and wards in the hospital.
Sale said that the facility had benefited other Federal Government projects that comprised molecular laboratory, accident and emergency unit, isolation centre, women and children drug dependence center and family clinic.
He said the hospital management also constructed perimeter fence, rehabilitated all the wards, administrative block, laboratory, Information Technology Centre and staff quarters.
According to him, the hospital also enjoyed the provision of modern medical equipment such as water and electricity installations which impacted on its smooth operation.
In his remarks, the District Head of Kware, Alhaji Muhammadu Dan’Iya, lauded President Buhari for transforming the hospital for better services.
He thanked the ministers and Hospital Medical Director for their efforts to ensure effective and affordable services as host communities enjoyed cordial relationship with management.