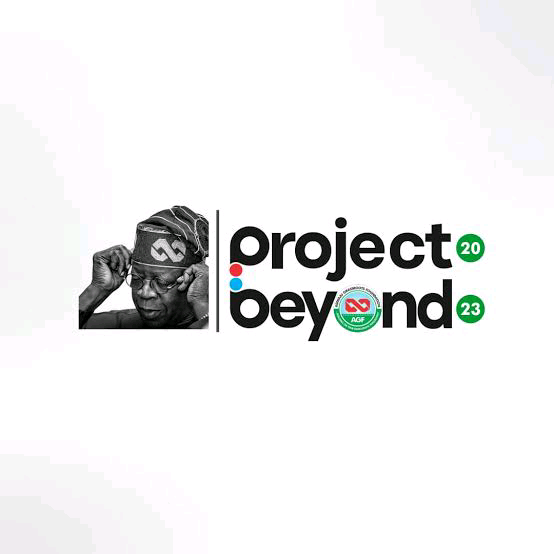 As the 2023 election campaigns kick off, Asiwaju Project Beyond 2023, party stalwarts and teeming supporters gathered to conduct inter-faith special prayer programme for Tinubu/Shettima presidential ticket on Wednesday at the group headquarters in Maitama, Abuja.

The Director General, Project Beyond 2023, Barr. Realwan Okpanachi stated that the campaign body as a group had been propagating Asiwaju’s philosophy eleven years ago to Nigerians, before the All Progressives Congress(APC) National Leader, Asiwaju Bola Ahmed Tinubu even declared to run for the President of Nigeria, which birthed Asiwaju Project Beyond 2023, as Asiwaju grass root foundation, and as a vehicle through which we can raise Nigerians to canvass votes for Asiwaju.

According to him, “we’ve been doing a lot and we will continue to do more. The reason why we decided to form Asiwaju Grass Root Foundation which has metamorphosed to Asiwaju Project Beyond 2023 is that we saw all the qualities needed in a leader to utilize our diversity to transform Nigeria. The only way we can take advantage of our diversity is to have a leader who understands the advantages embedded in our diversity and can harness those advantages”.

“Look at his antecedents as a governor in Lagos State”, he went on. “He appointed commissioners and leaders neglecting their religious differences in every nook and cranny of our regions. This shows that he’s a patriotic leader and a true Nigerian. When you look at the major problems we’re confronted with today, which have brought us thus far, it is either religion or ethnicity colouration. In Asiwaju’s government, every religion was effectively represented. He’s a technocrat, and never in the history of Nigeria have we had this opportunity. God has really blessed us as a party to have someone like Asiwaju who is capable, sagacious and willing to deliver us good governance after 2023 elections”.

He noted that, the group has hired technocrats from Lagos and Abuja to train the support groups to understand the brand called Asiwaju/Shettima and how to market them so as to discharge their responsibilities that will complement the efforts of the party and the presidential campaign council .

Meanwhile, in his good will message, a former Senator from Lagos State, Musiliu Obanikoro lauded the efforts of the group, adding that it was a right step in the right direction.

He said, Asiwaju is not a religious bigot, he has carried everyone along when he was the governor of Lagos State. Look at his performance, his experience and transformational mechanism. People come to Lagos and they thrive not only economically but politically. He urged Nigerians to shun all forms of religious interferences in the forth coming elections and to pray for free, fair and credible elections.

In his words, the National Head of Media and Publicity, Adeboye Adebayo disclosed the importance of the event to the group, Asiwaju and to the campaign council at large.

He said, we are the foremost support group who understands there’s nothing we can achieve as a body, as a party and as far as 2023 elections is concerned without God’s endorsement, and that is why we deem it necessary to commit this project into the hands of God for him to take absolute control.

For us, “there’s nothing Asiwaju has achieved before now, and he will ever achieve without God. If you look at his antecedents, you will agree with me that there’s hand of God in everything he’s doing.

God has used him tremendously to bless Nigeria and Nigerians. Asiwaju believes so much in God. His wife is a senior pastor in the Redeemed Christian Church of God (RCCG). We know and believe that without God there’s no way Asiwaju would succeed come 2023 elections.

In his remarks, the Director of Welfarism, Adekunle Badu, applauded the group for a successful event. You can see the massive turnout all for Asiwaju and Shettima. Evidently, he’s a man we can trust. We believe so much in him and that is why we are here all for him. We’ve seen the vision ahead that he’s the one that can give us the progress we want at a time like this in Nigeria. We pray that God will give him the capacity and the energy to make Nigeria great.