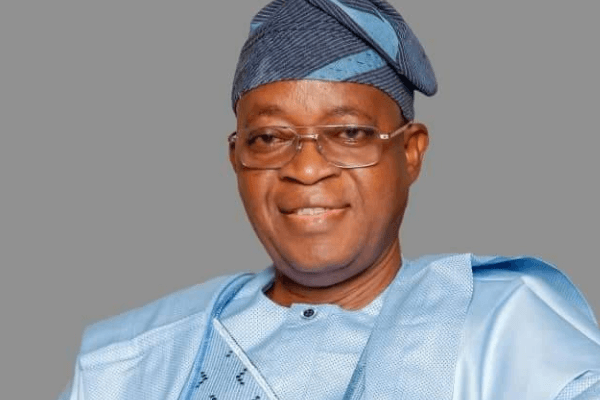 The publisher, Nigerian NewsDirect Newspaper, Dr. Samuel Ibiyemi has joined other well wishers in rejoicing with the Osun State Governor, Mr Adegboyega Oyetola, on the occasion of his birthday, describing him as an administrator.

Ibiyemi, in his congratulatory message, eulogised the doggedness of the governor in the area of community development, through which according to him, Oyetola has transformed the state beyond the expectation of all Osun people.

He described Oyetola as a grassroot politician and a lover of his people whose priority remains how to make people of the state happy.

As a lover of democracy, Ibiyemi attested to the steadfastness of Oyetola and his investment in promoting democracy and good governance through provision of dividends of democracy to the people of the state.

“The Governor is an astitute politician who had contributed immensely to the growth of the state and the development of Nigeria. He is a good man who has worked tirelessly to keep the state moving.”

He congratulated the celebrant, praying to God to grant him long life and prosperity, in good and sound health.

“On behalf of my family, company and political family, I join the family, friends and political associates of Osun State Governor, Adegboyega Oyetola to congratulate him on the occasion of his birthday.”