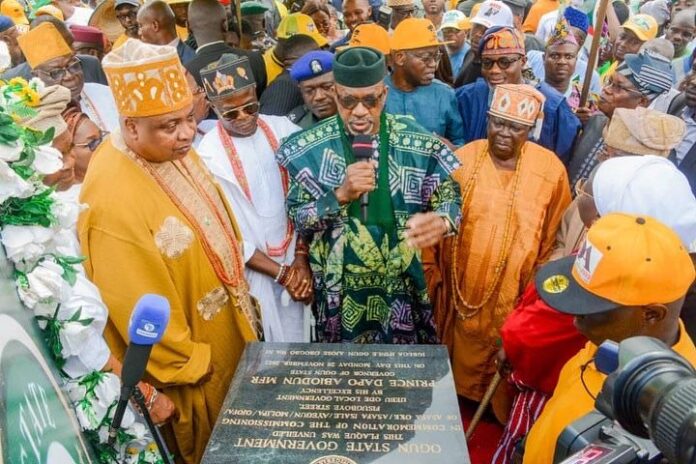 The Ogun State governor, Dapo Abiodun, on Monday, announced the approval for the reconstruction of some major roads in Ijebu Ode metropolis and Ijebu Local Government Area.

The governor, who made the announcement at the official inauguration of Molipa/Fusigboye/Ojofa road in Ijebu-Ode, listed Igbeba, Ilese, Awokoya Street, Balogun Kuku and Ijebu-Ode Club roads as some of the key roads to be embarked upon for rehabilitation by his administration.

He said that the 3.2km road which were in a deplorable state and made worse by serious erosion, were abandoned by previous administrations. 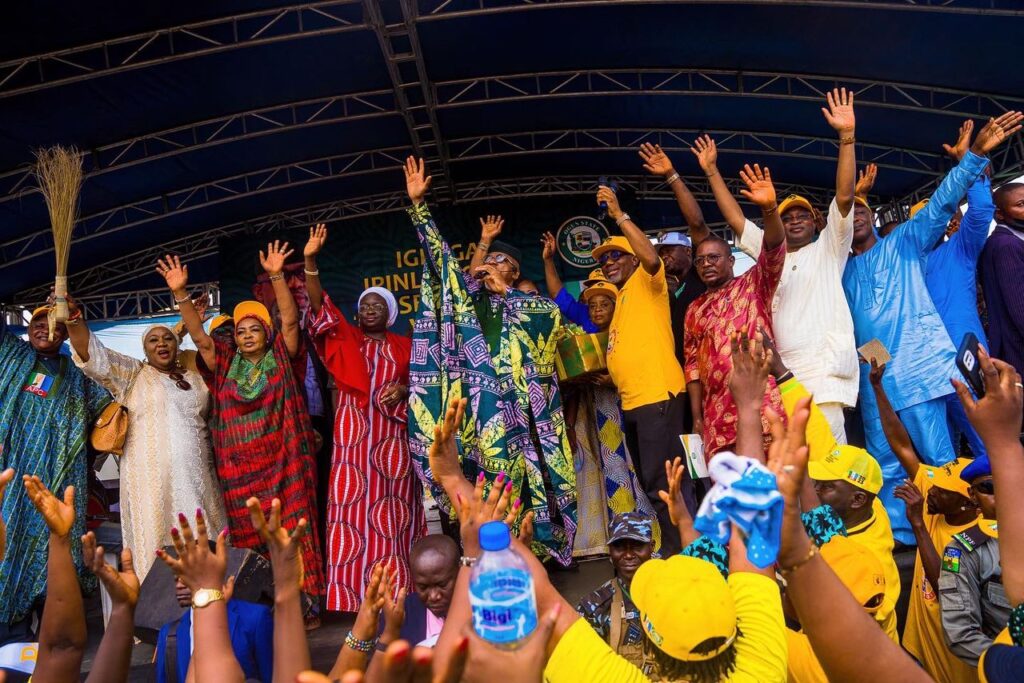 Abiodun noted that the newly inaugurated road apart from further expanding the economic activities of the area by making them accessible, the roads would help in the control of erosion and flood in the axis.

The governor disclosed that the road was recommended by the people for reconstruction, saying that several of such projects across the state done by his administration, have rekindled hope and trust of the people in government’s ability to deliver good governance.

He added that such commitment had also helped in establishing trust between his government and the private sector, which according to him spurred Dangote Nigeria Plc coming to reconstruct the Papalanto-Ilaro road.

While emphasizing that Ogun is no longer a civil service state, but an industrial hub of the country courtesy of administration’s policies, said six roads were under construction in Ijebu Ode, assuring that his administration would not rest until all bad roads are put in good shape. 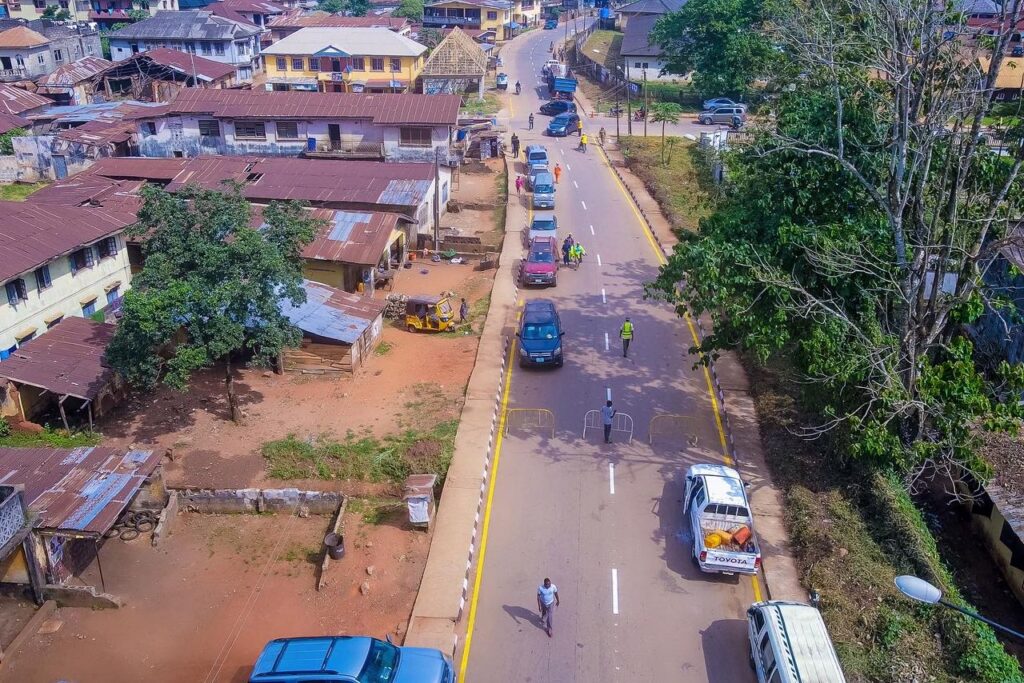 He lauded the people for remaining peaceful and law abiding, saying development could not take place in an atmosphere of chaos, hence, the need for the people to continue to maintain peace at all times.

While pleading with the youths to shun cultism and embrace sports, the governor stated that Sports and Youths Trust Fund would soon be launched to empower the youth and support students in the state.

“I have bided for the Nigeria University Games in 2024 because of you, I want to bring it here so that as we are having the games here in Ijebu-Ode, we are also doing it in Remo, Abeokuta and Ilaro to ensure that our youths are engaged.

“I will soon be launching a sports trust fund; I will be launching it myself and government will be putting a certain percentage of our contract sum in that fund.

“I have assurance from the organized private sector that they will donate generously to that fund. That fund will be used to empower our youths and support our students.

“Please, do not allow yourselves to be used as thugs in the hands of desperate politicians, let me remind you that the Independent National Electoral Commission has asked us to come and collect our PVCs, you must exercise your franchise”, the governor submitted.

The Commissioner for Works and Infrastructure, Akin Adesanya, in his welcome address, said that the road whose construction started in August, was unaccessible and flood prone, which adversely affected the properties and the socio-economic activities of the people of the area, adding that “with the construction of this road, economic activities are expected to increase here”.

The Awujale and Paramount Ruler of Ijebuland, Oba Sikiru Adetona, represented by the Dagburewe of Idowa, Oba Yinusa Adekoya, noted that area where the road is constructed is an ancient place where cultural festival of the town was celebrated.

The Awujale described the governor as a performer who has taken developmental projects to every parts of the state, saying his administration has touched all sectors including agriculture, health, education and infrastructure, expressing optimism that he would perform better during his second term in office.

The Olu of Ilaro and Paramount Ruler of Yewaland, Oba Kehinde Olugbenle, in his remarks, attested to the fairness of the current administration in ensuring that all parts of the state benefit from the state government, adding that Yewaland is not left out in the distribution of projects.

The Akarigbo and Paramount Ruler of Remoland who is also the Chairman, Ogun State Traditional Council, Oba Babatunde Ajayi, opined that the current administration is different in its style of governance as it is fair, responsive and just in delivering projects across the state.

Earlier, the chairman of Ijebu-Ode Local Government Area, Emiola Gazal, said Ijebu-Ode has in the past been denied developmental projects, stressing that the road had been in bad shape for long and the people of the area had lost hope of it being repaired.

He thanked the state government for responding to the cries of the people by repairing the road.