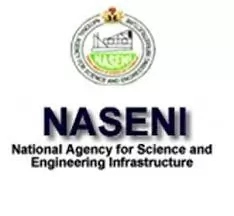 The National Agency for Science and Engineering Infrastructure (NASENI) has advised Nigerian universities to improve on their linkages with industries and relevant research organisations towards solving socio-economic challenges of communities.

Prof. Mohammad Haruna, the Chief Executive of NASENI, gave the advice during the public presentation of four books and celebration of excellence of former Director-General, National Teachers’ Institute, Aminu-Ladan Sharehu as Professor of Public Administration in Zaria on Monday.

Haruna, who lamented over low linkages with industries and relevant research organisations by the universties, noted that most of the institutions cannot attract funds for market driven research.

He therefore advised lecturers of higher institutions to be spending vacations in the industries to update their knowledge and align themselves with the realities of the industries.

“As an academician myself, let me confess that the attitude of some teaching staff leaves much to be desired. Some lecturers are not even qualified or suitable to teach courses assigned to them.

“Most have no Professional Teaching Qualification, most have no passion for teaching and are in the profession only as a ‘lasting job alternative,’ I have seen teachers who recycle the lesson notes given to them when they were students three to four decades earlier.

“How can the products of such a process be relevant in today’s dynamic and digital world?” he queried.

As part of the remedies for the challenges, the NASENI boss advocated for a decentralised University Salary Structure of all tertiary institutions in such a way that lecturers are paid for productivity hours.

He said salaries should be negotiated on a case-by-case basis with the Governing Council and according to the capacity and performance of the lecturers and the universities.

“Yes, payment of living wages is important, but it does not make sense to pay the uniform salaries for lectures in Damaturu, Birnin Kebbi, Lagos and Port Harcourt where cost of living is not the same.

“Lecturers should be paid by contact hours and remunerated according to the impact of their output.

“They can earn more than a Vice Chancellor, or political office holders if their work attracts funding from private sector or other sources or impact attracts glories to their institutions,” he said.

According to him, retooling the workshops will make it possible for all students to acquire at least an occupational trade skill before graduation.

The Emir of Zazzau, Malam Ahmed Bamalli, advocated for a state of emergency on education in Zazzau emirate as a robust approach to strengthen learning and skills acquisition in the area.

The royal father noted that all is not well with education in Zazzau emirate following the backwardness recorded in education in recent years.

Bamalli, who however applauded the effort of both federal and state governments in providing infrastructural development to the education sector, urged illustrious sons of the emirate to complement the efforts.

Earlier,  the celebrant, Sharehu said the money realised from the public presentation would be donated to schools within the emirate.

He stressed the need for functional education among the upcoming generation to suit global challenges on education.

Sharehu said the journey to the professorial position has not been easy, urging the academia to brace up and come up with a lasting solution to the leadership deficit in the country.