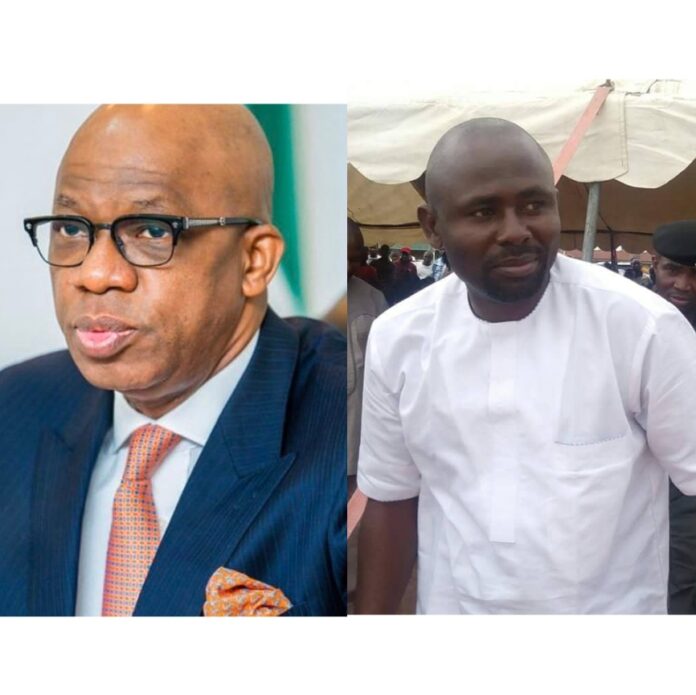 As the All Progressives Congress (APC) get set for its governorship primaries on Thursday, a chieftain of the party in Ogun State, Prince Adekunle Ayoola has rallied support for the second term ambition of Gov Dapo Abiodun saying that the governor has justified the confidence reposed in him to deserve another term from 2023 to 2027.

Speaking with journalists at Abeokuta, the state capital on the forthcoming APC governorship primaries in the state Adekunle said “without sounding immodest, the pendulum will actually swing in favour of our hardworking governor, Prince Dapo Abiodun. I really want to believe that it is a done deal for him and this is not because he’s the sitting governor but because he had in the last three years justified the confidence reposed in him.

“The governor has raised the bar of good governance in the state having been working for the betterment of all since assuming office on May 29, 2019. However, beyond this, we still want to urge the party delegates to pitch their tent with the governor, Prince Dapo Abiodun during the primaries so that he can continue his good works beyond 2023.

“Most importantly is the ongoing Agro-Cargo Airport at Ilisan Remo that will go a long way to boost the agricbusiness and open up the state for more economic prosperity. This is also in tandem with the call for diversification from the reliance on oil as our major source of revenue.

“This project will help our farmers to market their farm produce to the world with so much ease. You will also remember that the governor is also busy with the long abandoned Ago Iwoye-Ilisan road which cuts across four local governments.
The completion of that road and several other strategic ones across the state are really of great importance to enhancing the prosperity of the state

Asked why he was bothered with the governorship race in Benue State, Adekunle said as a true Nigerian who can make any part of this country to be his home, he wanted good governance replicated everywhere.

The APC chieftain explained that “Herman Hembe by extension is an adopted indigine of Ogun State, he did his one year mandatory service here in Ogun and married one of our beautiful daughters too. He is a third term federal lawmaker currently representing Konshisha/Vandeikya federal constituency and here is a young man running so passionately with the vision for good governance.

“As a federal lawmaker, he has done so much building bridges, schools and a whole lot of interventions to make life more comfortable for his people. I have visited him several times, in fact, I just came back from Markurdi last week and one can see the good work of this young man all over the place.

“He has gotten a huge track of record to the extent that the royal fathers in Igede land recently gave him their blessings and adopted him as their governorship candidate. I just want to urge my Benue people to shun the money bags and go for this young man who is really ready to take the state to higher height.