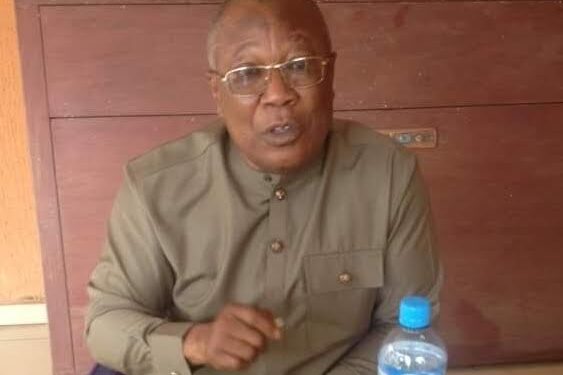 The Senatorial Candidate for the All Progressive Congress (APC) in Enugu North Senatorial District for the 2023 general elections, Amb. Ejike Eze, has said he will win the Senatorial poll if the election is free and fair.

Eze, a retired Career Diplomat and fomer Senior Special Assistant on Protocols and Security to former President Olusegun Obasanjo said this in Nsukka on Wednesday while speaking with journalists on 2023 general elections.

According to him, “I am not afraid contesting with Gov. Ifeanyi Ugwuanyi of Enugu State who is the Senatorial Candidate of the Peoples Democratic Party (PDP) in Enugu North district.

“Residents of the district know that it is not the turn of Udenu Local Government where the governor comes from to produce senator in the district.

“Based on zoning arrangement in the district, it’s the turn of Igboeze-South local government where I come from to produce senator for the district.

“He who goes to equity must go with clean hands; Ugwuanyi cannot support governorship zoning in Enugu State and come to his own district to change the senatorial zoning arrangement,” he said.

The Senatorial candidate also claimed that many Nsukka people were no longer happy with the Governor because he did not pick his successor from Isiuzo Local Government Area as promised.

“The inability of Ugwuanyi to fulfill his promise of getting his successor from Isiuzo LG did not go down well with many Nsukka people.

He said APC candidates in Enugu State would sweep the polls as the people have lost confidence in the PDP that had been in control since 1999 but with little or nothing to show for its presence.

“I am optimistic that APC candidates in the state will emerge victorious if the elections in 2023 general elections are free and fair in Enugu State.

“My happiness is that, it will no longer be business as usual in 2023 as every vote will count because of the new electoral act that makes provision for transmission of votes from polling unit direct to INEC server,” he said.

He added that if elected, he would ensure a functional constituency office, convened quarterly town hall meeting so as to get input and brief constituents on national issues.