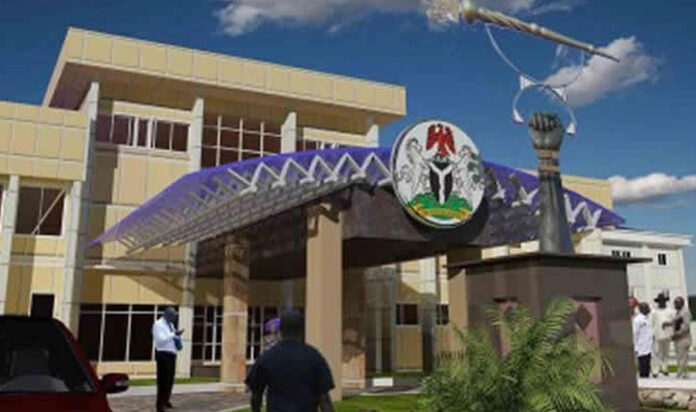 The Speaker of Ebonyi State House of Assembly, Mr Francis Nwifuru, on Wednesday said he is the only authentic gubernatorial candidate of the All Progressives Congress (APC) in the state for the 2023 elections.

Nwifuru made the assertion in Abakaliki after he received an award of an “Outstanding Speaker” from the Correspondent Chapel of the Nigeria Union of Journalists (NUJ) in the state.

He noted that he was not only a candidate but one with the capacity to win the gubernatorial seat in Ebonyi during the general elections.

According to the Speaker, “I am the candidate recognised by the Independent National Electoral Commissioner (INEC) and I am ready to win in the 2023 polls.

“To you journalists, I urge you to deepen investigative reporting that could impact positively on nation building.

“Journalism should not only be based on criticism. Engage deeply in investigative reporting in agenda setting. Always report issues the way they are and balance your reports.

“Report articles that can support nation building. I promise to partner and work with you and on May 29, 2023, we shall celebrate together as Governor of our dear state,” he added.

Earlier, Chairman of the Correspondent Chapel in the state, Mr Samson Nwafor, commended the Speaker on his achievements at the legislative arms of the government.

Nwafor assured the Speaker that the journalists are committed to support the developmental agenda of the state government and nation at large through reportage.