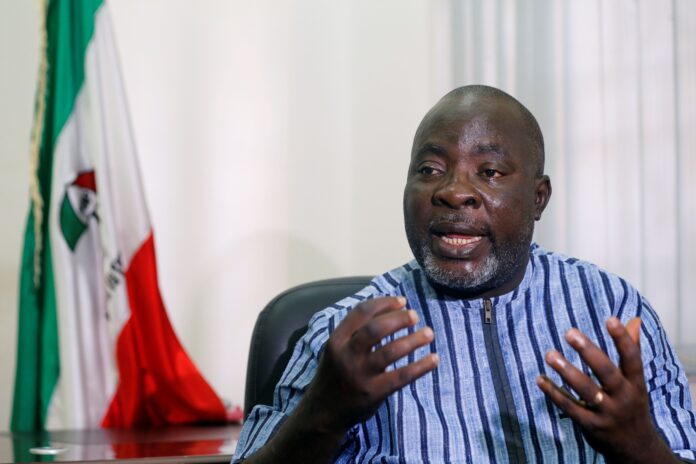 The party in a statement signed by the national publicity secretary of the party, Kola Ologbodiyan asserted that Senator Adeyemi exhibited a high level of  irresponsibility by using the privileges of the Senate Chamber to engage in unprovoked disparagement of Governor Ikpeazu and the entire people of  Abia state, who had not offended him in any way.

“It is indeed unfortunate that Senator Adeyemi, whose words were  respected by Nigerians while he was in the PDP has become so corrupted  by his sojourn in the All Progressives Congress (APC), that he has  completely lost his mind just to satisfy some new gods. Senator Adeyemi must have noted the widespread national detestation and opprobrium that he had brought to himself by his unguarded comment against the highly respected Governor Ikpeazu and the people of Abia state,” the statement read.

PDP said it has also noted that Senator Adeyemi’s uncouth  comment is borne out of bitter envy for the achievements of Governor Ikpeazu in every sector of life in Abia state, which no APC governor,  including Governor Yahaya Bello of Kogi State can compare.

“The PDP therefore issues a very strong warning that it would not stomach  any such unwarranted and unprovoked attack on any of our governors but  will deploy all instruments provided in a democratic setting against  such individual. Our party however urges Governor Ikpeazu not to be distracted by sidetracking elements such as Senator Adeyemi, but to continue to deliver the dividends of democracy to his people,” PDP said.