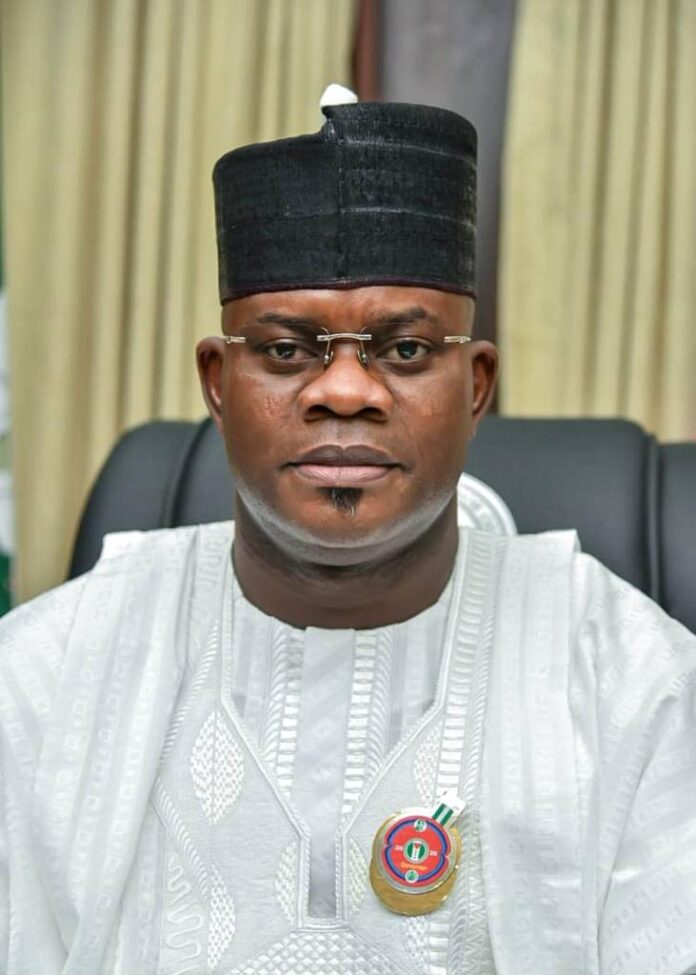 Only a strategic and far-sighted leader like Governor Bello can think in this new direction: solving an inherent problem on one hand while also trying to prepare a better tomorrow for Kogites through his interventions today. — Executive Director, Rural Electrification Fund, REA, Dr Sanusi Ohiare (Akiliwo Ejeh Olamaboro)

Yahaya Bello’s emergence as Governor of Kogi State in 2015 was a product of pure divinity. For a man of his age, not many people have had that kind of grace and favour heavenly bestowed on them. His breakthrough into Nigeria’s political scene, perhaps, should be taken as a crash course in the university. Yahaya Bello is indeed a man that is so much criticised and at the same time admired by many.

In Nigeria’s politics today, it is rare to see elected public officials who have decided, through diligence and courage to do things positively different. For many Nigerian politicians, the central narrative of public office is easy to summarise: talk the talk rather than walk the talk.

However, it is inspiring, that within the context of Nigeria’s leadership challenge, few elected governors are making impact on the lives of their people. One man has broken from the pack. That is Governor Yahaya Bello (GYB). He marks 46th birthday on 18th of June. That is also an uncommon favour from the almighty.

When Yahaya Bello was sworn in as fourth democratically elected Governor of Kogi State on January 27, 2016, those who knew him were not in any doubt that he had a good understanding of the many problems facing the state and their solutions.

He did not disappoint as he quickly got to work with an agenda to give the state a facelift. By the end of his first term in 2020, those who had little doubt over his capacity to fix the state had become convinced that he was the right person for the Job. That earned him another term of four years as Governor of the State.

A year and half into his second tenure, his name will go down in history as a man who transformed Kogi to a modern state in terms of infrastructural development, Youths/women empowerment, security, healthcare, education and agriculture.

One of the landmark achievements of the governor was solving the security challenges in the State. Prior to his assumption of office, insecurity in the State was at its peak. Kogi State is noted as being the only state in Nigeria to border ten other States. Due to its strategic location, armed robbers and kidnappers attacked travellers with reckless abandon. But when Bello took over the mantle of leadership, he declared full fledged war on armed robbers, criminals and kidnappers operating in the State.

While other governors were parading the presidential villa for solutions to the security challenges bedivelling their States, Bello took it upon himself as the Chief Security Officer of the State to safeguard his people from the men of the underworld.

The first thing he did was to provide the necessary equipment to security agents. He provided over 200 utility vehicles for security patrol while over 500 motorcycles were provided for security operations to allow security agents gain access to the hinterlands where most of the heinous crimes are committed.

Also, he employed the services of Vigilante security outfit while also providing sophisticated gadgets for Operation Total Freedom (OPT) established by his administration to stamp out criminal activities in the State.In addition to procuring these equipment, the launch of the Security Whistle Blower Policy was handful in exposing a lot of criminals.

The Vigilante Service Operation (VSO) and the domestication of the Criminal Justice Code were also instrumental to the excellent security of lives and property in the state. The construction of the Army Forward Operational Base in Okene was also part of measures that culminated in the peace enjoyed in the state today.

Still on insecurity, in a sharp move to avert the much talked about  farmers/herdsmen Clashes, the Bello led administration created a dialogue and cooperation platform for a free flow of communication between the government and the herdsmen on one hand and the communities and herdsmen on the other hand. This move has ensured that both farmers and herdsmen are living peacefully together in Kogi State.

Infrastructural development is another area Gov. Bello has performed excellently well. Even with meagre allocations received by his administration from the federation account, GYB has been able to turn Kogi into a construction site.  Upon assumption of office, Governor Bello promised to renovate, construct and re-construct road networks across the state and to improve on the aesthetics of the state through beautification of the environment believing it would attract both local and foreign investment. He has fulfilled that pledge to a larger extent.

Also, the Ikeje-Ogugu-Ette Road that was last graded in the 70s has been constructed. Remarkably, the Bello administration constructed the popular Shintaku–Gboloko Road to Dekina in Kogi East.

Furthermore, the governor has been able to provide succour to rural Kogites in some parts of Kogi East, via the ‘light-up Kogi East Project,’ is laudable. He upgraded critical electricity distribution infrastructure, to enable and enhance power evacuation from Itobe substation in Ajaokuta to most parts of Kogi East.

Commending the governor, Executive Director of Rural Electrification Fund, Dr Sanusi Ohiare noted that electrifying such rural communities would no doubt keep the youths back home which in the long run will help in the development of the areas and also cut down the problems associated with urban congestion in the cities.

According to him, “only a strategic and far-sighted leader like Governor Bello can think in this new direction: solving an inherent problem on one hand while also trying to prepare a better tomorrow for Kogites through his interventions today.”

In addition, it is worthy to note that Governor Yahaya Bello has been at the forefront of women empowerment. The governor is specifically empowering Kogi women politically and giving them strategic portfolios in the State.

Feelers from the state revealed that the government of Yahaya Bello has gone far beyond the 35% affirmative action for women and has made Kogi state a pacesetter and a model in gender inclusiveness.

The governor is reputed to have ensured that about 63 female councilors emerged in the last Kogi state local government election ; 21 female vice chairmen emerged during the election and 21 female council leaders emerged at the ward level of the ruling All Progressives Congress (APC) in Kogi state.

His commitment to gender parity in governance led the National Council of Women Societies (NCWS) to award the Kogi state chief executive, “The most gender-sensitive governor in Nigeria.”

In the Agriculture sector, it is public knowledge that Agriculture is the mainstay of the economy. There are many farm produce from the state notably coffee, cocoa, palm oil, cashews, groundnuts, maize, cassava, yam, rice and melon.

The project has capacity to mill more than 1000 bags of 50kg of high quality rice per day while it also has the capacity to employ over 5000 indigenes of Kogi State.

Other notable accomplishments in the agricultural sector is that the Governor Bello administration has succeeded in encouraging the youth to key into farming through orientation, sensitization, mechanization, inputs subsidy and many other supports.

Even with these giant strides in Agriculture, education has not been left to suffer. The establishment of The Confluence University of Science and Technology (CUSTECH), Osara, the first state-owned University of technology in the state is a testament of the vision of the governor in promoting development through technological advancement.

The infrastructural development witnessed in Kogi State University and  Polytechnic is also worth celebrating. Kogi State College of Nursing, Obangede, has also been given a facelift as the monotechnic has been converted to a Polytechnic.

A closer look at the health sector in Kogi reveals that the governor has done wonderfully well. In 2019, he initiated free healthcare services for pregnant women as part of efforts to tackle the rising rates of maternal and infant mortality.

There have also been renovation, remodelling and re-equipping of 21 existing Primary Health Care Centres (one per LGA) with solar-powered boreholes and electrification to help the success of the Healthcare Plus Programme; Recruitment, training and re-training of Health Workers on various specialities ; Provision of free maternal and newborn healthcare services including referral services where and when necessary, among other life saving intervention.

These achievements, among others had led to increase in the support base of the governor. No wonder, governor Bello is receiving massive support from well meaning Nigerians after he declared his intention to run for the 2023 presidency.

For instance, a support group, Project One Nigeria Movement for Governor Yahaya Bello, has assured it would mobilise 37 million supporters to enable the Kogi Governor become president in 2023.

Also worthy to note is the endorsement that came from Ace Nigerian Footballer,  John Obi Mikel, who in his recent visit to the governor  revealed his desire to work with him for the betterment of Nigerians.

While commending governor Bello’s  contribution to the progress of Kogi State, Mikel also promised to support the governor in his future political endeavours and help foster youth development.

“My main aim is to come here to show my appreciation and to thank him for all the things he has been doing for the people and also to support him in whatever future political positions he wants to go into.

“I will like to be there to support him, to be there by his side through this journey for him to achieve whatever he wants which is for the betterment of Nigeria,” Obi said.