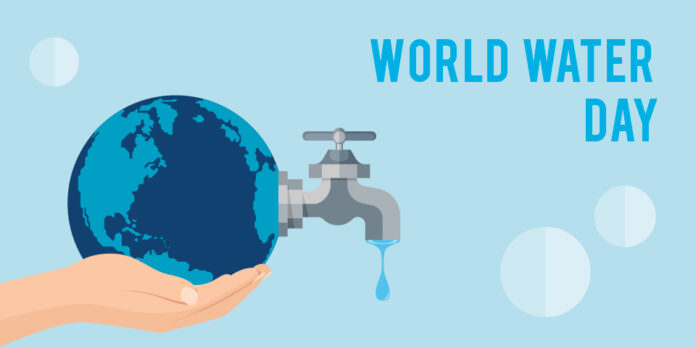 Mr Kashim Ali, the Chairman, Board of FCT Water Board has called for formulation of Water User Associations to help generate revenue to provide water for Nigerians.

Ali, who spoke with newsmen on Monday in Abuja, urged the association to equally promote sustainability in the  provision of water to Nigerians.

He made the call as Nigeria commemorates the 2021 World Water Day.

“It was worrisome that many Nigerians disrespect water, calling it a ‘poverty mentality’’.

According to him, it is important for state water agencies to have financial autonomy to prevent interference from political administrators and also promote sustainability.

He stressed the need for states to have water governance policies for accessibility and affordability.

Ali commended Lagos and Kaduna for spearheading programmes to improve access for the citizens.

“Lagos and Kaduna states are giving seriousness to water governance in the country. States should have clear plan, there is a need for water user association to allow communities promote sustainability and revenue generation.

“States water boards collect revenue from population and they pay into government revenue accounts when they need money to buy chlorine and other things, getting this money becomes a problem.

“That is why they must have financial autonomy to avoid interference from administrators for sustainability,’’ he said.

He said people don’t usually pay for water when the water bill were shared, they struggle to pay, adding that this was a form of serious corruption and an indiscipline attitude.

The chairman said it was also worrisome that incidences of land encroachment around some dams in the country threatened water sustainability.

He added that issues of building of structures and farming activities were also reported around dams in the country.

On delay in connecting pipe borne water to some FCT towns, Ali said it was due to upsurge of new towns, saying it was the mandate of the board to lay down pipes and water infrastructure before the town develops.

He called on area council authorities to carry the water board along in all of their activities for the benefit of the country.

“Anywhere there are distinct infrastructure, there would be water just like power and roads.

“All Satellite towns have the initial mandate to have potable water, area council authorities should carry the water board along,’’ he said.

Newsmen gathered that the value of water is much more than its price.

Water has enormous and complex value for our households, food, culture, health, education, economics and the integrity of our natural environment.